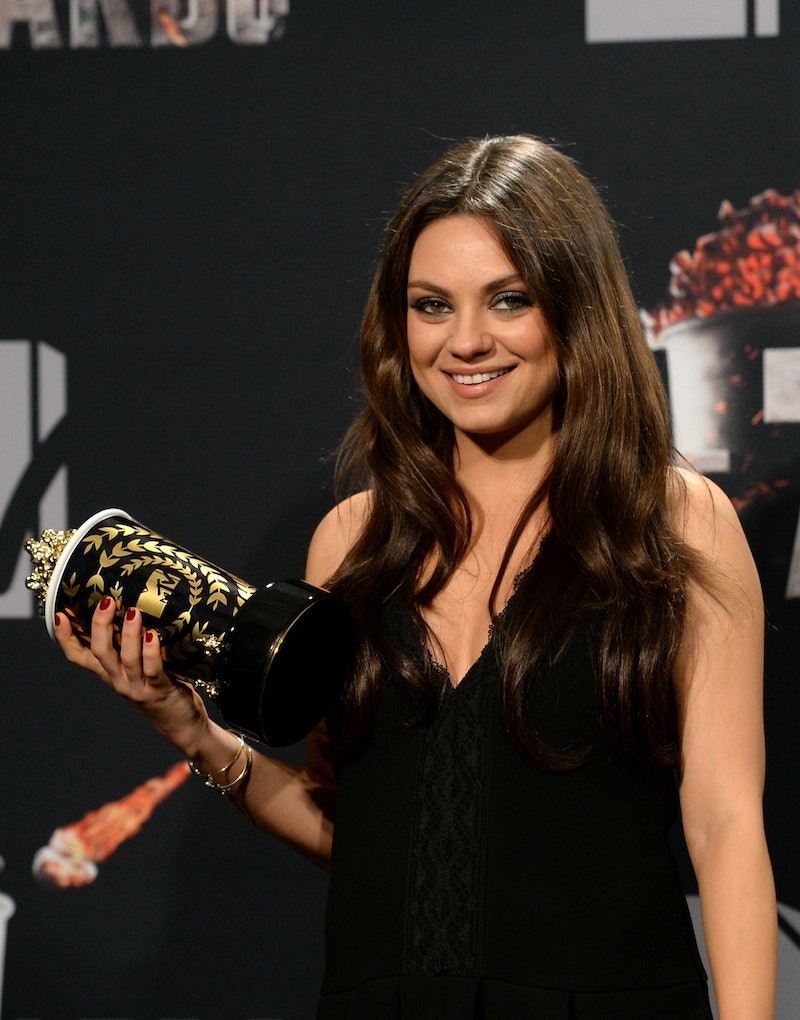 Sunday night when Mila Kunis took home the MTV Movie Award for Best Villain she acknowledged that she was the only female nominee. "This is by the far the coolest award and I just realized I was the only woman nominated, and I won," she said in her victory speech. But Kunis' win is far more important than she realizes. Since the award show's inception in 1992, only five women have won Best Villain. Kunis' victory last night made her the sixth winner, joining the ranks of ranks of Lucy Liu, Daveigh Chase, Alicia Silverstone, Jennifer Jason Leigh, and Rebecca De Mornay.

That's right, in 23 years only six women have brought home the popcorn trophy for playing a devious character. Only 19 women have ever even been nominated for the spot compared to 95 men. In fact Kunis' victory last night is the first time a woman has won that slot in 10 years.

Some would probably like to attribute this horrible gender gap to women just not playing evil roles. But that's just not the case. The fact that most years had a least one female in the category shows that women were playing villainous roles, they just weren't being recognized for them.

But if it were something to do with women not playing villainous roles, that's because of the continuing struggle women face in the film industry. After all, actresses only get about 30 percent of speaking roles in films.

It seems with each new film statistic that's unveiled, women are falling further behind. So we can only hope Mila Kunis' victory is the first of many female villains to win the award, rather than being the last for another 10 years.

More like this
Mila Kunis Had Strong Words For Ashton Kutcher Over Demi Moore Divorce
By Sophie McEvoy
Twitter Is Mad At The Razzie Awards For Nominating A Child For Worst Actress
By Radhika Menon
North West Will Make Her Acting Debut Alongside Mom Kim Kardashian
By Radhika Menon
Gillian Anderson's New Netflix Drama Is *Nothing* Like 'Sex Education'
By Frances Stewart
Get Even More From Bustle — Sign Up For The Newsletter
From hair trends to relationship advice, our daily newsletter has everything you need to sound like a person who’s on TikTok, even if you aren’t.