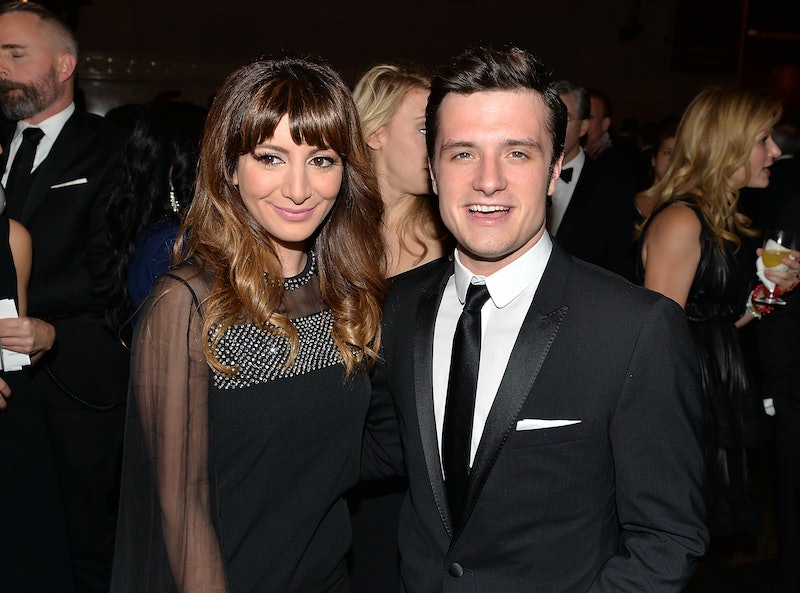 Just another blunder to add to the "SNL doesn't care about adequately representing diversity" list: on the April 12 Saturday Night Live episode, hosted by Seth Rogen, Nasim Pedrad played Bobby Jindal in the cold-open, and every brown person on the planet let out a long, world-weary sigh.

As The Aerogram so smartly points out, "Like a Paula Abdul song, however, it seems SNL is always one step forward, two steps back ... you can’t help but wonder if SNL writers are now doing to Pedrad what they had been doing to their black comedians in the past: Trotting her out in drag to fulfill the role of any male brown character."

Is that, indeed, what they're doing? I think so.

It's not just that the cold-open wasn't funny, it's that Pedrad as Jindal was a totally irrelevant and unnecessary addition. The premise: the "New GOP," fronted by Paul Ryan and Jeb Bush, go to Coachella to try to woo some young voters into coming over to the Right side before Outkast's performance. Ryan waxes poetic about the Second Amendment before ripping off his shirtsleeves and saying he brought some guns along with him (comedy groan). Then Pedrad comes out as Louisiana Governor Bobby Jindal, wearing a plethora of glow stick necklaces and admitting that he just took a bunch of Molly backstage. Pedrad's character as Jindal was totally two-dimensional and lacked any sort of development, but it also caused a stir on Twitter, where reacts were rightfully puzzled — why is an Iranian woman playing an Indian man?

This isn't the first time Pedrad has played an Indian — in the fall, she posed in brownface to play Aziz Ansari. It's not just lazy writing, it's that SNL really seems to think any one brown person can stand in for another. Sure, SNL "solved" some of its diversity problems it was being heavily criticized for by adding their first black female cast member since Maya Rudolph, Sasheer Zamata, and also adding two black female writers to their writing room, but with continual missteps like Pedrad as Jindal, it seems more and more like SNL is "diversifying" just to quiet their critics, rather than for the sake of progress.

"But she IS brown," I know the inevitable rebuttal will be. There's already such an issue on television with whitewashing roles, and in particular, Asian representation is vastly low, and for SNL to further that entrenched stereotype that all brown people are effectively interchangeable is dangerous and irresponsible, and just sets them back. It also brings up the question: why aren't there any Indian-American actors on the show? Is Pedrad going to be the revolving door for characters of people of color now, the way that Fred Armisen once so uncomfortably was?

Just because SNL has alleviated one diversity problem doesn't mean they're not rife with others. If they're going to diversify, they need to pay attention to the hurts they are causing ALL people of color.

Come on, SNL. You're better than this.