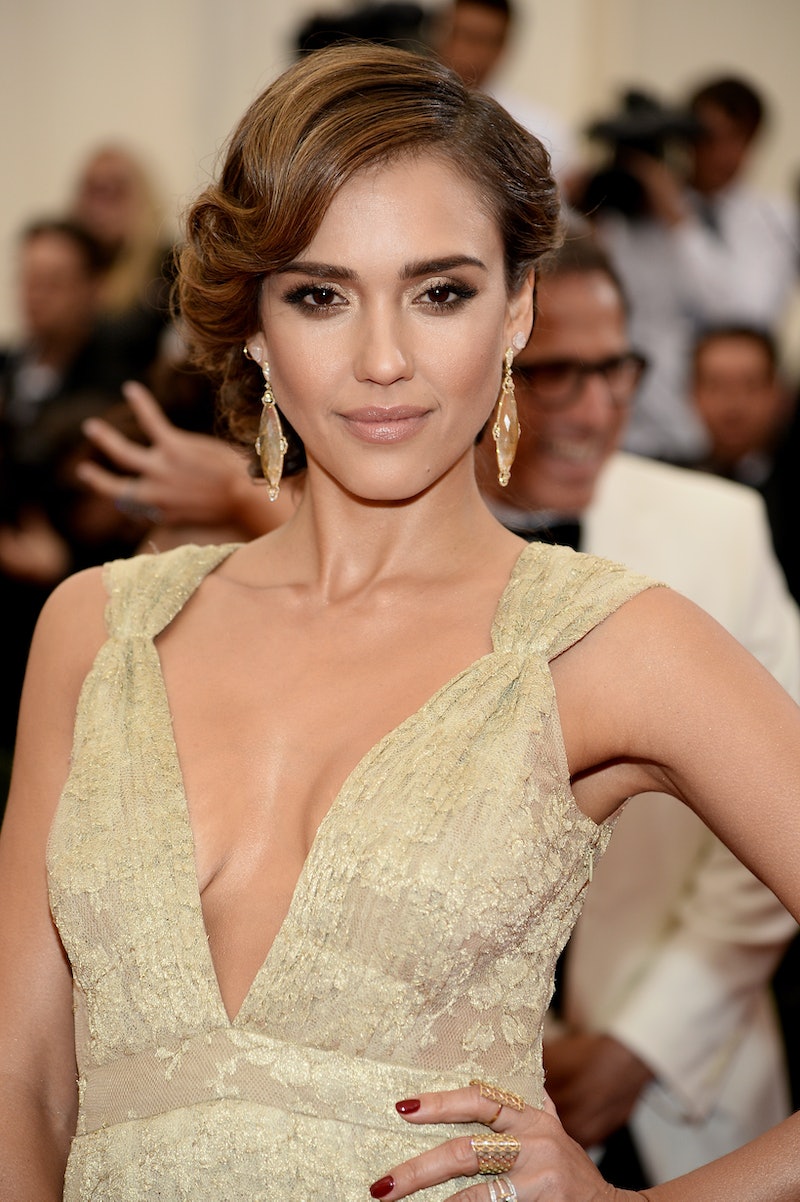 Did you know that Jessica Alba has never done a nude scene? Yes, she has worn everything from skimpy bikinis (Into the Blue) to skintight latex suits (Fantastic Four) in many of her movies, but she's never been completely naked (outside of teenage boys' minds, of course). This wasn't an oversight, but rather a firm choice on Alba's part to never strip completely down for a film. For those of you who are wondering why (I don't know, maybe you were curious? Just stay with me here), it's not for any huge ethical or moral reason. She just doesn't want her grandparents to see her boobs. "That's it," she told Glamour. "It would be weird at Christmas."

Aside from the awkwardness level, Alba also added, "I mean, really, if you look at the movies I have done, getting naked would never 'elevate' the picture." Fantastic Four fanboys might disagree with that second claim, but Alba doesn't care. Her boobs are not for us (or her grandparents) to see.

But does that mean that if a nude scene was really there for the sake of elevating the movie she would do it? My guess is the answer would still be no. Even back in 2005, she addressed the issue for Elle magazine and had the same firm answer. "I don't do nudity," she said. "I just don't. Maybe that makes me a bad actress. Maybe I won't get hired in some things."

Probably for the best. After all, this discomfort could be hereditary — if Alba's uncomfortable with her grandparents seeing her boobs, just imagine how uncomfortable her two children would be knowing their mother's nude scene is on the Internet for all their friends to access? Awkward.

More like this
Sandra Bullock, Girlboss Extraordinaire
By Matt Harkins & Viviana Olen
Lydia Leonard Is Setting The Record Straight
By Olivia-Anne Cleary
Why The '365 Days' Sex Scenes Are Good, Even If The Movies Aren’t
By Arya Roshanian
Lisa Marie Presley Reviewed Baz Luhrmann’s ‘Elvis’ Movie On Twitter
By Grace Wehniainen
Get Even More From Bustle — Sign Up For The Newsletter