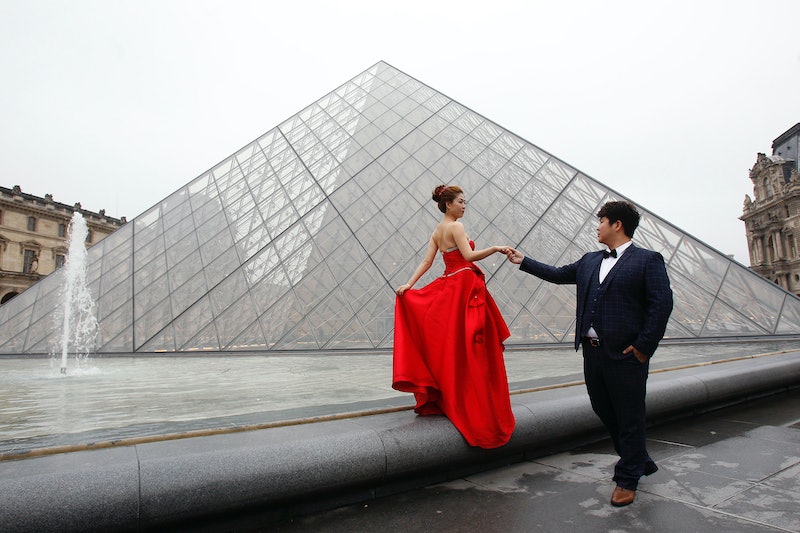 The study is based on three experiments conducted on women, both single and attached. In all three experiments, women were shown pictures of men who were scientifically deemed attractive, along with examples of their behavior. The behavioral scenarios ranged from negative (being late for appointments) to positive (buying groceries for grandma). The women were then asked to write down what scenarios they could remember.

The third experiment included a control group, people the women would not consider dating (in this case, other women), in addition to the attractive men. After being shown pictures of both groups, the participants were more likely to remember negative traits associated with the attractive men. This is an interesting finding, as it disproves the theory that all women secretly hate each other.

Besides showing that the sisterhood is stronger than we thought, the study reveals that women might have an immunity to other men when they're in a relationship. Could this trait be a product of evolution? Are unfaithful women being weeded out through the natural selection process? It would make sense since cheating typically leads to breaking up, which typically hinders the whole baby-making process, which continues the individual's gene pool.

Hopefully this trait continues to evolve and strengthen, because while its discovery is exciting, that doesn't mean it's been all that effective. Cheating is still alarmingly common in relationships, and it's one of the top five reasons why couples break up. It's hard enough as it is to find a suitable partner, but maintaining a stable relationship with them is an even bigger challenge, one that is ongoing and can be arduous. Couples who claim they have it easy are straight-up lying, people.

So for the sake of preserving your relationship, which scientists have found to be good for your health, we're hoping these researchers apply what they've learned in the study to something concrete, something that could help couples everywhere. Maybe they can write a relationship handbook or something. Hey, if Tila Tequila can do it...