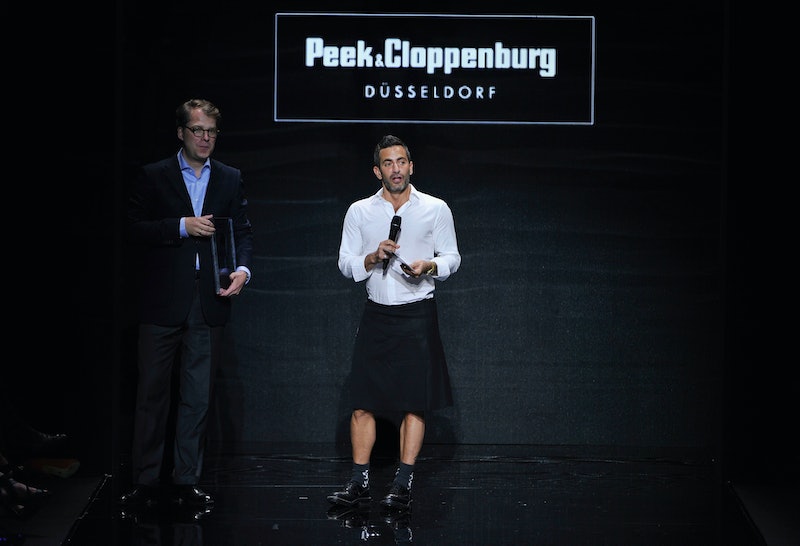 This puts a whole new twist on the term "fashion statement:" school administrators have invited French schoolboys to wear skirts to fight sexism. 27 high schools in the French city of Nantes have given their male students the option of sporting skirts instead of trousers to class this Friday. Schoolboys taking a stand against sexism? Tres chic!

The movement, called "Lift the Skirt," was dreamed up by students and approved by school officials and the city's Ministry of Education. "Lift the Skirt" sounds a bit lecherous (and, in fact, a search for the phrase on Twitter brings up some rather disturbing results), but there's little else to disapprove of here. Unless you're a conservative, of course.

Olivier Vial, president of the conservative UNI party said: “We’ll do any old nonsense in the name of equality. “This move is inspired by the Day of the Skirt, whose original aim was to allow women to express their femininity in environments where it was often difficult. But this is just denying feminine and masculine identity,” Vial said.

Riiiight. Because wearing a skirt for a day really jeopardizes masculinity (insert eye roll here). For schoolboys not ready to go full-on Marc Jacobs in front of their classmates, participating schools will have stickers available that say "I'm fighting against sexism, are you?" Which is nice and all, but boys... wear the skirts. You can't effectively fight sexism with uplifting stickers, as convenient as that would be.

Here's hoping that the campaign will be a success and that lots of French high school boys will be rocking skirts over their boxers tomorrow. Meanwhile, over in America, we'll continue to write cautionary trend pieces about men wearing short shorts.