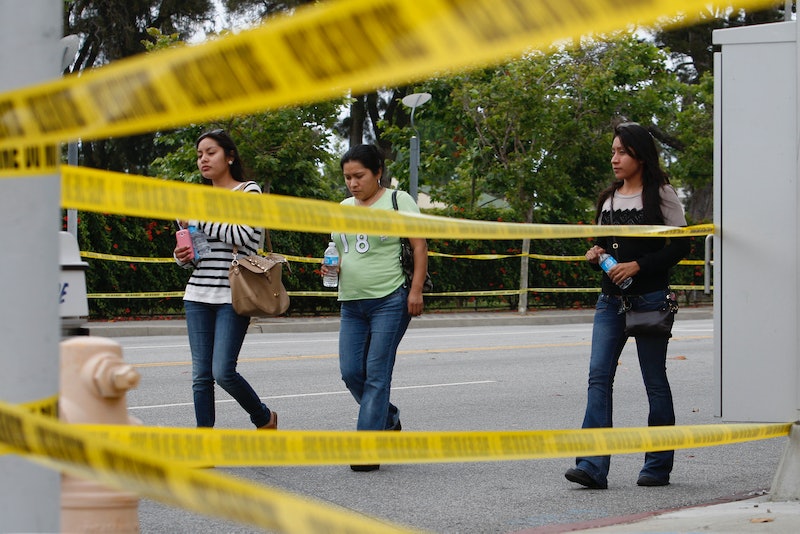 On Friday, gunshots ripped through the wealthy oceanfront town of Santa Monica, Calif. The next day, law enforcement and mass media confirmed the identity of the alleged shooter as John Zawahri, a 23-year-old Santa Monica resident. Little is known about Zawahri, though his death toll continues to rise. A fifth victim, Marcela Franco, was pronounced dead on Monday.

The bodies of Zawahri's father and elder brother, Samir and Chris Zawahri, were also discovered at the family home on Friday. They appear to have been Zawahri's first two victims. The shooter then apparently lit the house on fire, before shooting at a driver nearby and dove into a nearby car. According to reports, he demanded that the driver, Laura Sisk, take him to Santa Monica College - a two-year community college, with about 34,000 students. (Three years ago, Zawahri had been enrolled himself.)

"He looked like a SWAT officer," the driver, Sisk, recalled later. The gunman was dressed in head-to-toe black, and wore a bulletproof vest. It's estimated that he held 1,300 rounds of ammunition.

Arriving at the college, the gunman shot at a Ford Explorer, which slammed into a brick wall. The driver, college groundskeeper Carlos Franco, was killed. His daughter Marcela was also removed from life support Monday, becoming Zawahri's fifth victim.

Zawahri then allegedly wandered through campus, shooting, it appears, at random. An unidentified woman was killed outside the library before police cornered the suspect in the library. Zawahri was shot, and died at the scene.

Police insist that the carnage was "not" a school shooting, because the violence began a distance from campus. Over the weekend, authorities revealed that they'd had "contact" with Zawahri back in 2006, but, since he was a minor at the time, no more information could be released. Zawahri, it's been speculated, was angry about his parent's divorce, and had been known to suffer from mental health problems.