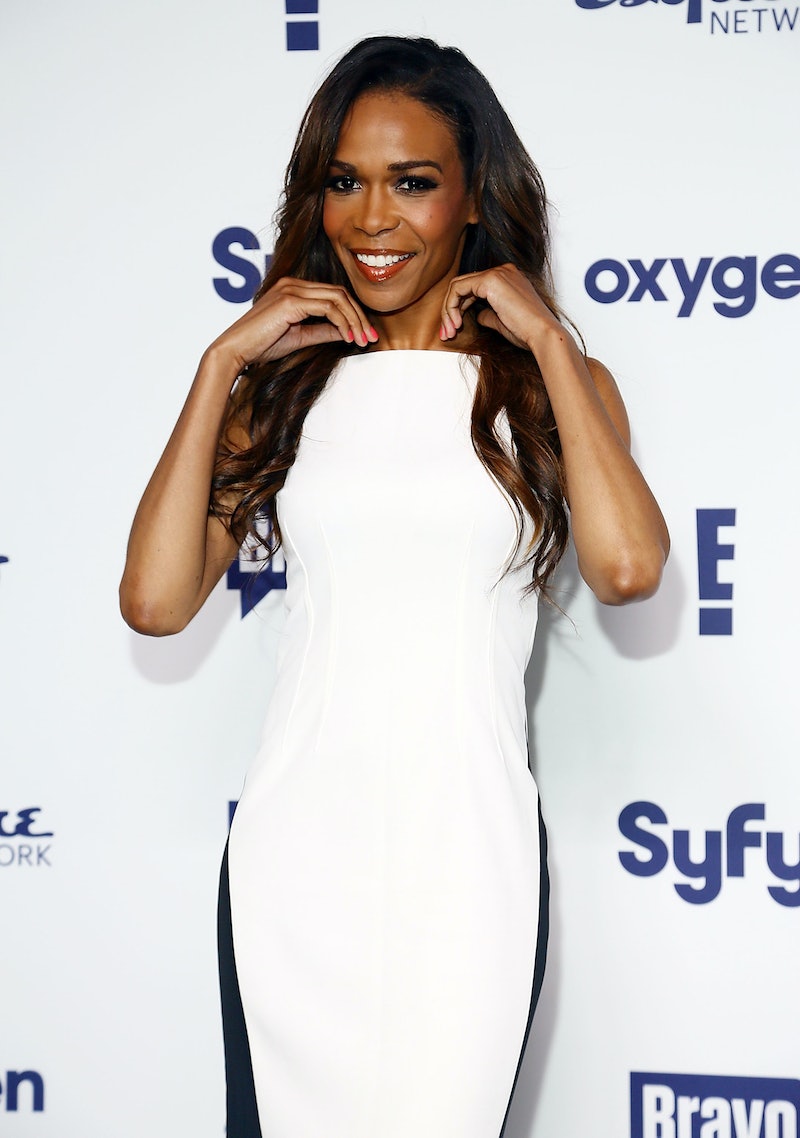 What do you do when you can't get any concrete information about a big scandal from the people involved? You ask their friends, family, acquaintances, and anyone else even mildly involved, of course! The huge news of this week is, obviously, Solange's elevator attack on Jay Z, so anyone and everyone is fair game to be questioned about it. One person who is particularly close to the people involved is Beyoncé's fellow Destiny's Child member Michelle Williams who was asked about Solange in an interview during NBC's Upfronts and her answer backed up what we already knew: When it comes to the Knowles family, secrets don't get out.

Williams said in a red carpet interview during the event, "Man, I wish I could give you an answer. I don’t wish to talk about something that’s personal, and that’s what family does. We protect each other and keep it locked."

Unless Williams had some pent up anger about the whole "Poor Michelle" thing, there was no way she was going to dish any dirt about the incident. Solange, Beyoncé, and Jay released a joint statement on Thursday that was hush-hush about any reasons behind what went down, but made a strong point that it was a family matter and that they all have moved on. Clearly, Williams followed suit with her response.

It could be because Williams has no idea what happened at all, but there's a chance that she does. Williams and the Knowles sisters all attended Kelly Rowland's wedding in Costa Rica on the Friday following the Met Gala fight. It's possible they spoke about what was going on in their lives including the issues with Jay Z and Solange especially since Jay Z isn't said to have been in attendance.

Regardless of whether or not Williams knows what happened, it's clear no new information is going to come from her and it seems unlikely anyone close to the Knowles-Carter family will ever confirm anything that happened pre-fight.