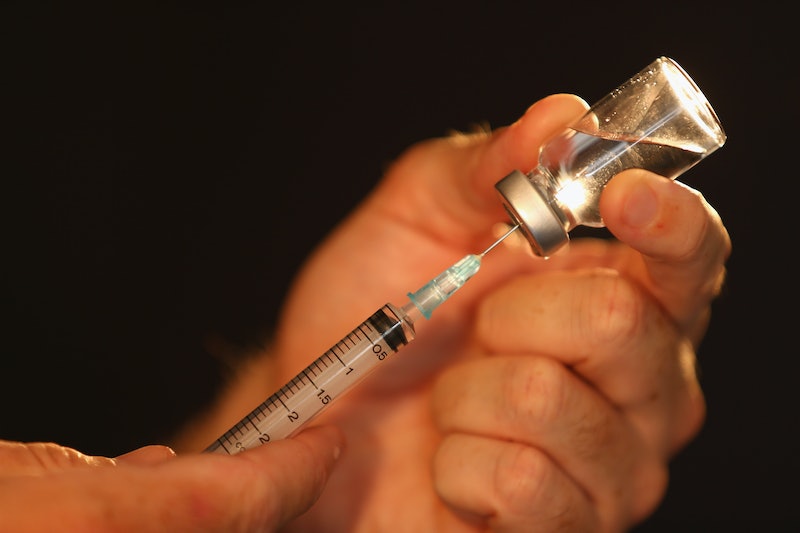 There's a new study out that might bring us one step closer to understanding the cause of autism. And no, it doesn't implicate vaccines in any way – instead, it seems that certain types of intestinal bacteria might be responsible instead. Weird, right?

The study, conducted by researchers at the University of Arizona, backs up previous finding about a possible link between autism and certain bacteria that live in the intestines and colon. The human digestive system is home to many forms of bacteria, most of them highly beneficial, but it seems that the types of gut bacteria found in in children with autism differs consistently from those found in children without autism.

Though this correlation by no means proves that the bacteria is causing autism, scientists have theorized that certain bacteria found in the digestive system could impact other internal organs, including the brain. It could also be, however, that some underlying factor is causing both the abnormal bacteria and autistic disorders, or that autism itself somehow impacts digestive bacteria in a way not yet found. Still, the fact that scientists have such a promising angle to pursue is a great sign for autism research.

It is especially important given the many conspiracy theories about what causes autism. Back in the early 20th century, mothers were blamed for their children's "poor development" in accordance with Freudian psychology; in the second half of the century, people started looking more at genetics and environmental factors. But today, of course, the most famous theory about what causes is autism is that vaccines are secretly to blame.

It's estimated that about 1.8 percent of parents are now choosing not to vaccinate their kids, though in some states the rate is over five percent. Laying aside the moral implications of deciding you'd rather your child risk death from deadly diseases than risk autism, the only study linking vaccines to autism has been thoroughly debunked in the 16 years since it was published. No other study, out of the hundreds conducted, has shown any correlation. In fact, this University of Arizona study about intestinal bacteria comes just days after the largest study to date looking at vaccines' possible relation to autism, which included more than one million children and found no evidence of a link between vaccines and autism.

It's unclear what causes autism, be it genetics or gut bacteria or some other cause no one's even thought about yet. We can say pretty certainly, however, that it's not vaccines. So the sooner someone uncovers the real underlying cause, the better – and ideally we can manage it before the conspiracy theorists cause us to dip below our herd immunity thresholds.

More like this
Wimbledon Alters All-White Kit Rule Amid Candid Period Discussions
By Catharina Cheung and Rachel Mantock
The 5 Best Pillows For Acid Reflux, According To A Sleep Expert
By Maria Cassano
Here's How To Support Jewish People Amid Rising Antisemitism
By Hannah Orenstein
7 Dos & Don'ts To Follow For The December 2022 Full Moon
By Brittany Beringer
Get Even More From Bustle — Sign Up For The Newsletter