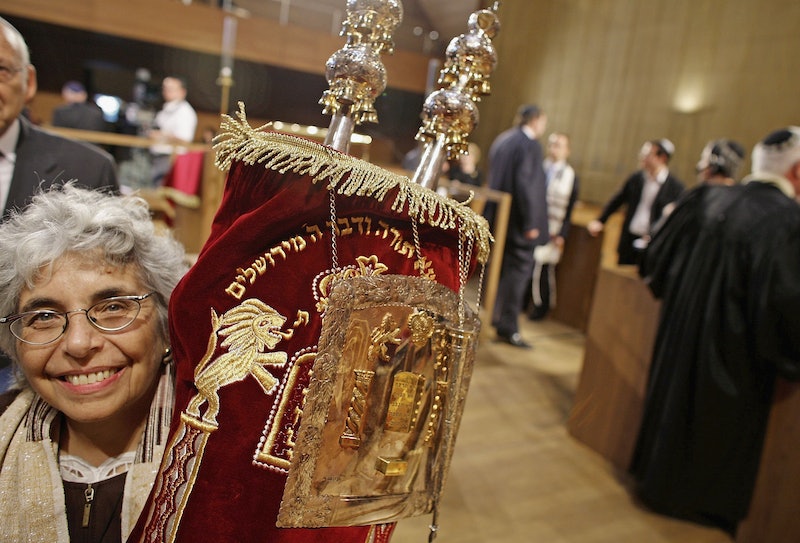 'In Other News' is Bustle's daily roundup of stories we didn't write...but still think you should read.

Muckraking nonprofit news site ProPublica has a birthday to celebrate after five years, two Pulitzers, and a whole lot of data journalism. The Nieman Lab marked the occasion by interviewing editor Stephen Engleberg.

But: Beyoncé writes Serena Williams the best birthday note of the day:

At The Frisky, Jessica Wakeman tells the story of a Chinese woman seeking asylum in the U.S., because she fears persecution for removing her IUD.

Tablet Magazine says there are three women set to be ordained as Orthodox rabbis –only they can't be called rabbis. Because Heaven forbid.

The Senate will vote on a five-year Farm Bill tonight, and most signs point to it (gasp!) passing. The Washington Post lays out what that could mean.

National Journal reports on survey results studying "Stereotypes of Female Politicians." The authors conclude: "The data suggests our stereotypes of female politicians are based on what they lack in comparison to women as a whole, not what they have in addition."

And finally: The Pew Research Center gives us one more reason to roll our eyes at both political parties.

More like this
Iran Has Issued A Death Sentence Over Mahsa Amini Protests
By Catharina Cheung, Darshita Goyal and Maxine Harrison
The 2023 Grammy Nominations List Is Full Of Surprises
By Jake Viswanath
Read Dan Levy's Heartbreaking Message After The Club Q Shooting
By Stephanie Topacio Long
Wimbledon Alters All-White Kit Rule Amid Candid Period Discussions
By Catharina Cheung and Rachel Mantock
Get Even More From Bustle — Sign Up For The Newsletter