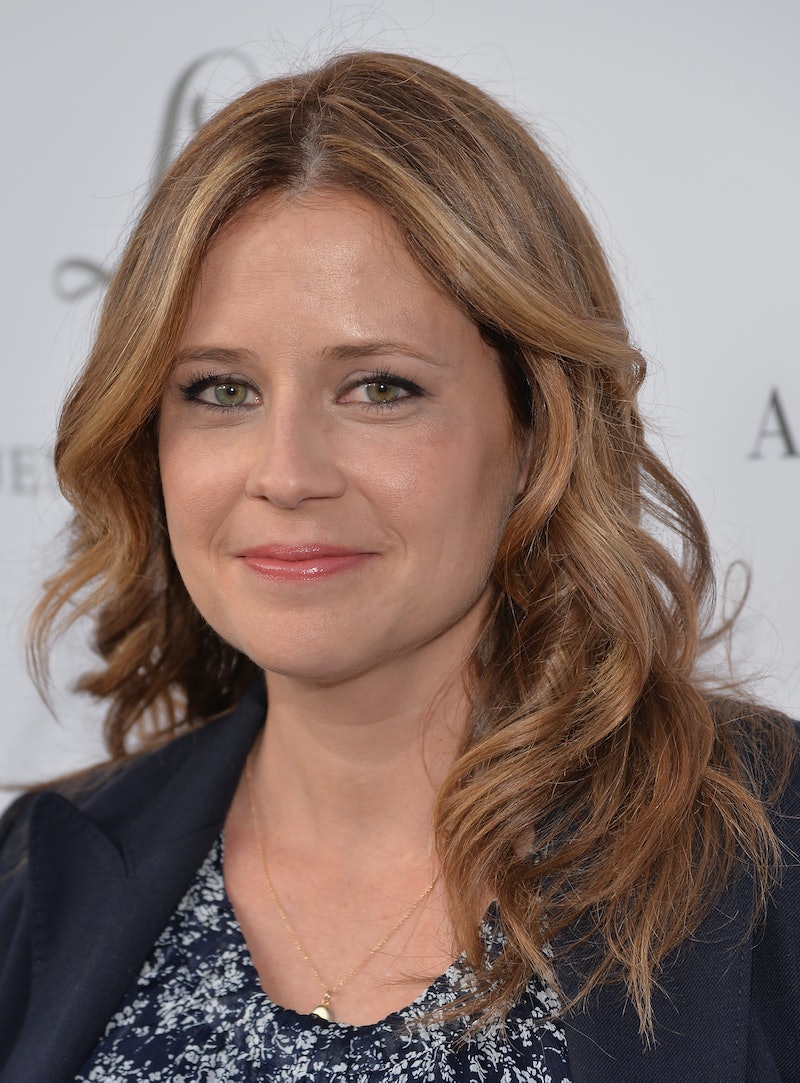 Hollywood just got another A-list baby! The Office's Jenna Fischer has given birth to a baby girl. Fischer and her screenwriter husband Lee Kirk actually had the baby on May 25, but waited a bit to announce the news — sort of similar to the way they announced that she was pregnant (If you don't recall, Fischer waited until nearly her third trimester before she broke the news). Also good news: fortunately for their new daughter, the couple gave her the totally normal name of Harper Marie Kirk. It's both super adorable, and certainly not as easy to mock as some celebrity baby names out there.

The couple already has a 2-year-old son named Weston, and were a bit nervous about adding another bundle of joy to their lives. “Everyone’s telling me one plus one does not equal two. One plus one feels like four,” Fischer told People.

In order to explain to older brother Weston why his mom had to go to the hospital, Fischer showed Weston a photo of her holding him after delivery and eating her favorite frozen yogurt from Menchie's.

I said, ‘Mommy has to go to the hospital to get the baby out and you can come visit me.’ He said, ‘After the baby is out, Mommy gets to eat Menchie’s.’ I said, ‘That’s right … do you want to come to the hospital and have Menchie’s with me?’ And he said yes!”

So far it seems things are going well for the new family of four. “The family is doing great. We are happy, healthy and sleepy," Fischer told E! News.

Fischer also shared with them the first photo of adorable Harper who is sleeping and dressed in pink pajamas.

We're bet she's dreaming of the days she gets to go to school and not explain her moniker to everyone — it's just simple and sweet Harper Marie. Congratulations to the new family!

More like this
7 Things We Learned From Rebekah Vardy's First Post-WAGatha Christie Interview
By Sam Ramsden
What We Know About Where Caroline Watt Is Now
By Catharina Cheung
Who Is Camila Cabello Dating? She's Getting Cozy With Lox Club CEO Austin Kevitch
By Radhika Menon
Kim Kardashian & Pete Davidson’s Relationship Timeline From Start To Finish
By Jordyn Tilchen and Bustle Editors
Get Even More From Bustle — Sign Up For The Newsletter