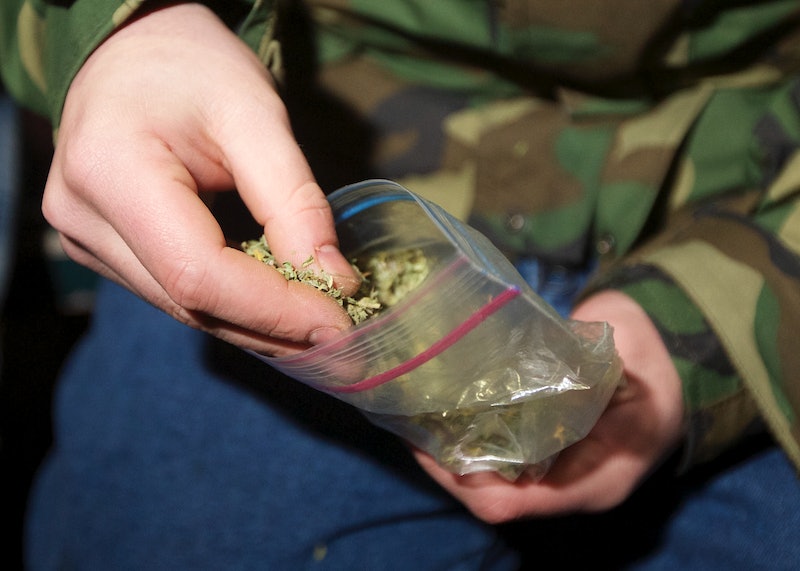 It's now easier for people in the state of Washington to get high. Why? You guessed it — there’s an app for that. The Canary app, described as the "Uber for Marijuana," allows users to get weed delivered right to their front door, with just a touch of their fingers! Ah, technology. What would we do without you?

Joshiah Tullis and Megh Vakharia, two college students at the University of Washington, created the app and have already pitched the idea to a startup conference hosted by TechCrunch. Before you start planning your move to Washington though, there’s a catch. In addition to only being available in one state, Canary will currently only allow those with medical-marijuana card holders to place orders for their favorite strains of bud. Upon arrival, users have to present the card, and the deliverymen take a photo of it for verification.

Still, there is hope for those who’d want to use it for non-medicinal purposes. Eventually, the students plan to have their app deliver recreational marijuana. “The uncertainties are in the legality on the business side,” Tullis told the Atlanta Journal-Constitution of their plan.

Legality issues aside, plenty of people are already expressing interest. Investors have reportedly approached the students about the app, and drivers from other delivery companies, like Uber and Lyft, are already interviewing.

All I can say is, leave it to two 19-year-old kids to change the face of weed and help usher pot dealing into the 21st century. If state laws ever catch up to their modern way of thinking, this app could really take off. As of now though, Canary is set to launch in Seattle sometime next month.