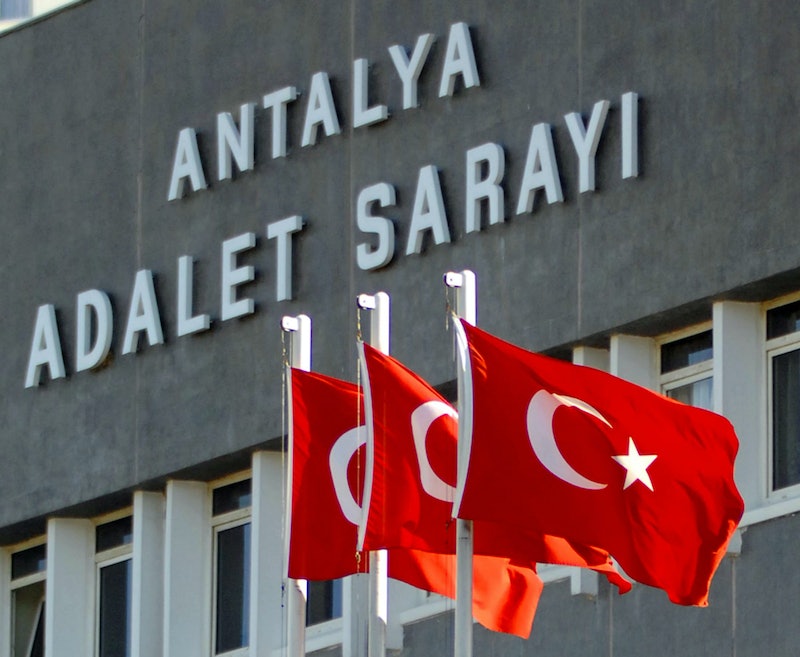 The verdicts from the five-year case included 19 sentences for life imprisonment, one of which was a life sentence for Retired General Ilker Basbug, who served as military chief of staff under the current government. Other notable figures among the convicted include 10 retired military officers and Dogu Perincek, leader of the left-wing and nationalist Workers Party. The court acquitted 21 people.

Critics of the trial claims that the charges were "trumped up" in an effort to weaken and intimidate the secularist establishment. And Celal Ulgen, a lawyer representing 16 defendants, made the portentous statement that following the trial it will be "impossible to talk about a justice system free of politics, or public trust in justice."

Hundreds of people protesting in solidarity with the defendants got into clashes with police Monday, who fired tear gas to prevent protestors from teaching the High Criminal Court in Silivri, 40 kilometers (25 miles) west of Istanbul.

A video from Al Jazeera shows the reactions of some Turkish citizens to today's verdicts:

More like this
Where Is Charlie Evens Now?
By Morgan Leigh Davies
Anthony Templet Wants To “Live Normally” After Killing His Father
By Brad Witter
'Children of the Underground' Subject Faye Yager Now Runs A North Carolina B&B
By Brad Witter
Why Eurovision 2023's Host City Won’t Be Revealed For A While Yet
By Sam Ramsden and Rachel Mantock
Get Even More From Bustle — Sign Up For The Newsletter