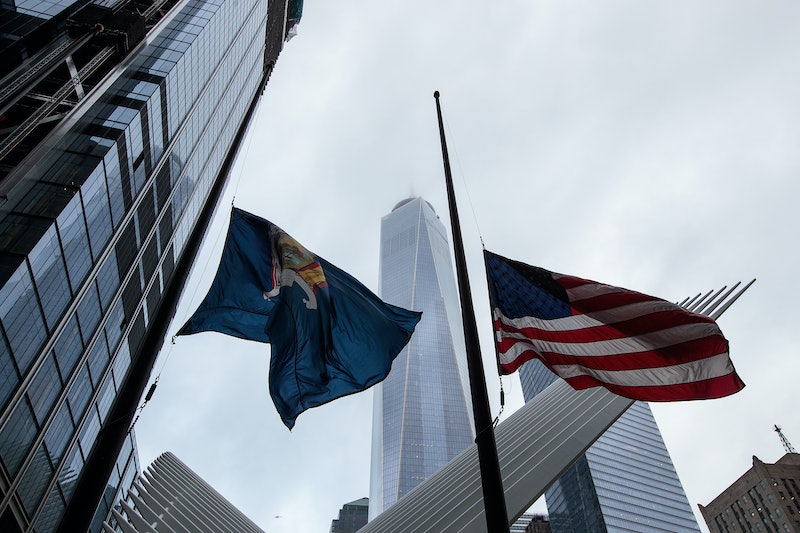 In the '80s, James Carville described Pennsylvania as “Philadelphia in the east, Pittsburgh in the west, and Alabama in the middle.” He wasn’t 100 percent right, but he wasn’t totally wrong, either. As someone who grew up in central Pennsylvania, just outside the grand capital city of Harrisburg (no, it’s not Philadelphia), I can tell you for a fact that a good stretch of the state is indeed Pennsyltucky territory.

Any city in central Pennsylvania is likely five minutes away from a farm. This is a place where drivers ed teaches you what to do if you hit a deer, and you barely blink when you see them standing alongside the highway.

In central Pennsylvania, the local fire hall is a hotspot for all important occasions, but especially for wedding receptions, baby showers, and birthday parties. For some reason, we all rush out to buy bread and milk when a snowstorm is about to hit, even though when the snow does come, we remain fully functional (unlike some Southern cities).

Central Pennsylvania is a little like the best of both city and country, both Pittsburgh and Philadelphia. But you can't deny the prominence of small town U.S.A.

If you grew up in central Pennsylvania, or live there now, you know what I'm talking about. There are some things only we natives can truly understand.

Sure, kids all across the country grew up on Hershey’s chocolate, but only you know the joy of knowing where and how it was made. No lie — you probably have the theme song for the Chocolate World tour memorized.

But HersheyPark is old news to you

Tourists love it, but you went so much that it stopped being fun once you reached Twizzler height.

But you still don’t understand how that show takes place in Pennsylvania because it seems to be seasonless.

You were forced to make life’s tough choices, like Wawa or Sheetz?

The rivalry is a real thing. Both make banging made-to-order sandwiches, and both are nearly impossible to describe. It’s like combining your favorite deli with a 7-Eleven, only a million times better.

Steelers or Eagles? Pirates or Phillies?

Sports are split in the center of the state and team loyalty is strong. You have probably had to listen to your dad argue with his friends about which city is superior on more than one occasion.

But everyone loves Penn State

Even if you aren't a diehard member of the cult of Penn State fans, you know more than one person who is.

You know that not everyone in Lancaster is Amish

You may have to pull over or pass horse and buggies from time to time, but there’s more to the city than that.

… but those Pennsylvania Dutch whoopie pies are an Amish gift

Sorry, New England, but Pennsylvania totally did them first — and best.

You know you can also thank the Amish for chicken pot pie . . .

No, Marie Callender's is not the same.

. . . and, yes, you probably know at least one Amish family

Whether it's the family farm down the road or a produce vendor at the local farmers market.

Read up on the differences before you order to avoid sounding like a tourist.

You probably had at least one of those friends who was really into it.

And you still remember how awesome the Whitaker Center was

No matter how many field trips you took, the hands-on museum never failed to awe.

you celebrate the New Year by dropping giant strawberries and pickles, then eating pork and sauerkraut

Harrisburg drops a strawberry in the name of its Strawberry Square downtown area. Dillsburg drops a pickle because, well, dill. The pork and sauerkraut is an old Pennsylvania Dutch tradition for good luck.

you know The struggle that is the state store

When I first came to New York and saw that you could buy booze in bodegas, I gasped. Pennsylvania’s Liquor Control Board only allows alcohol sales in state-owned Wine & Spirits stores.

but when you do buy beer, it's Yuengling

It's America's oldest brewery and a Pennsylvania favorite.

you know Our potholes are incomparable

Ah, to live in the shadow of a nuclear accident.

For real. Centralia is a ghost town — with only 10 residents, it's the least populated municipality in the state. Why is it deserted? Because there's a freaky mine fire that's been burning underground since 1962.

and that The Farm Show is the best thing about winter

Of course, a lot of people go to show off their animals, since it’s the largest indoor agricultural exposition in the country, but everyone knows the food is the biggest draw: The milkshakes sold by the Pennsylvania Dairymen’s Association will make you forget you're freezing.

and by the way, you're welcome for all the snacks

Deemed the Pennsylvania Snack Belt, Central PA is home to basically all your favorite snacks. We have chocolate (Hershey's, obviously), chips galore (with more chip companies than any other state, we account for nearly a quarter of the nation's supply), and pretzels (Snyder's). Wash all of it down with Turkey Hill ice cream and tea. You're welcome.