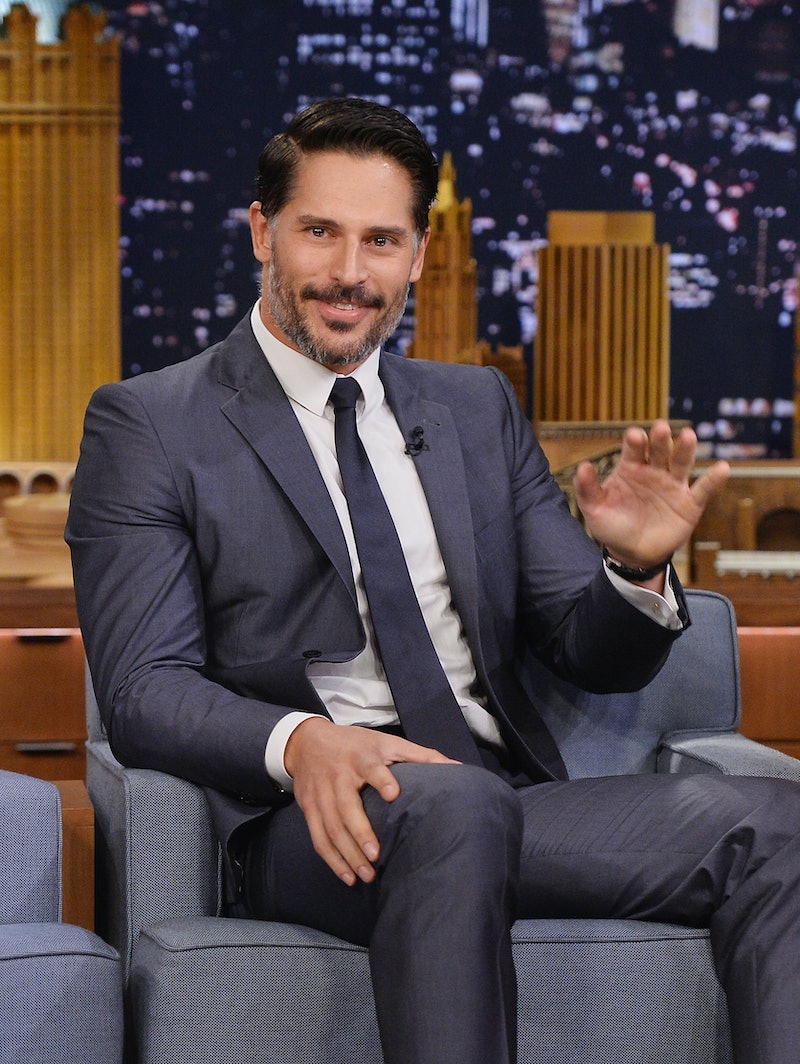 Unless you've been living under some sort of precious gem stone, you probably have heard that Joe Manganiello and Sofia Vergara are dating. That's right two of the hottest TV actors right now, both of whom are really, really good-looking, are enjoying one another's company as of late. (In other news, I ate two giant vegan cookies for lunch #glam.) The pair have been spotted out and about lately, but it wasn't until Monday that the world learned just how into each other these two really are. According to looky-loos, Manganiello and Vergara couldn't keep their hands off each other on a recent date. Adorable.

Manganiello and Vergara went to Lady Gaga concert on Monday (more adorableness!), and according to witnesses, the pair was all up on each other the entire show. They were kissing, laughing, embracing — you know, the classic couple routine. Sounds like these two really are into each other, which, personally I think is fantastic. I've been wondering what the world's fourth most gorgeous baby would look like for a while now. (One, two, and three are obviously Shiloh, Vivienne, and Knox Jolie-Pitt.)

Is it vapid to think this way? Dear Lord, of course it is. But it's hard not to think to one's self when looking at Manganiello and Vergara, "Jesus, these people are tall and attractive. Wonder what their kids would look like?"

Go ahead, try to think about their personality and brains right now. I dare you.