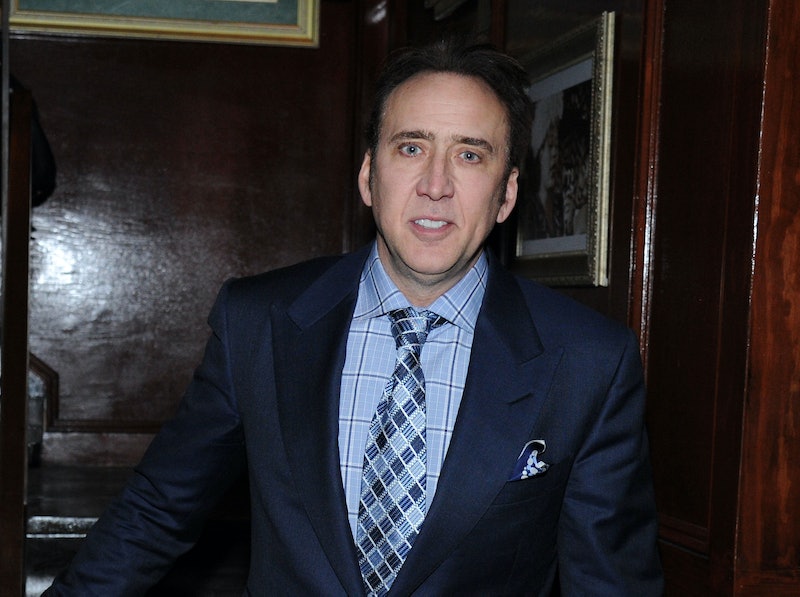 Tim Burton wants to know if you're trying to depress him. Remember when we found out that Nicolas Cage almost played Superman in a movie, but Warner Bros. was too scared back it in Dec. 2013? I know, you're probably trying to erase that memory from your mind. A short trailer and photographic proof of Cage in a Superman costume were released to announce a documentary about his failed collaboration with Burton. And we subsequently wondered whether or not our griping about Ben Affleck as Batman was worth it because this could've happened. Well, The Death of 'Superman Lives': What Happened? has a new trailer and the film needs your help.

The documentary's producer/director Jonathan Schepp released a full trailer on July 24, in an attempt to raise the funds necessary to complete the film. And the trailer itself is, well, enlightening. Burton reveals halfway through that he believes that they "could've had an interesting movie" if they'd made it through the chaos. Even the footage of Cage flying through the air and landing in his Superman suit, though I'd hate to admit it, is really kind of great. So is that why superhero fans have yet to fall in love with an onscreen Superman since?

Basically, everyone formerly attached to this project is having major regrets. And we should all be having FOMO that we've lived this long without ever seeing Nic Cage in a Superman suit.

Watch the full trailer for The Death of 'Superman Lives': What Happened? below.