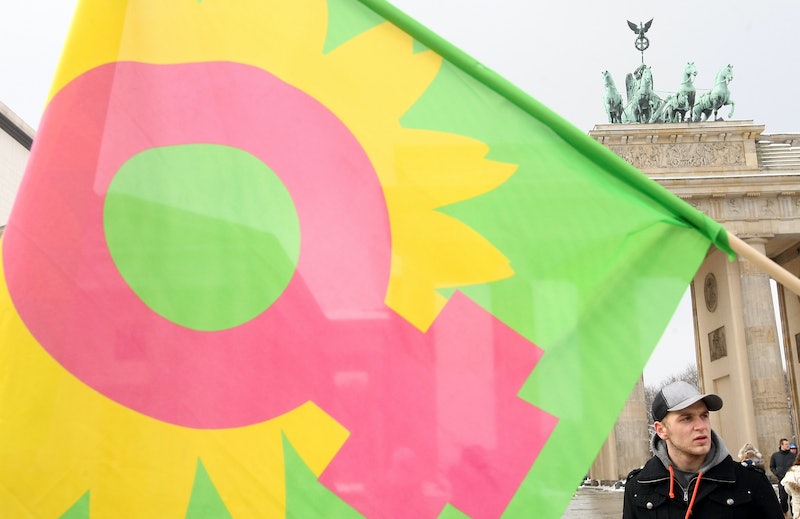 If you were lamenting the lull in gendered trending hashtags this week, never fear! #UnfollowAMan is trending on Twitter, thanks to a BuzzFeed editor who created the tag (probably in jest). The hashtag, or some say "slashtag," urges you to unfollow one man on your Twitter feed who is just plain old obnoxious.

Although editor Katie Notopoulos may or may not have started this as a satirical commentary on the virality of gendered hashtags like #YesAllWomen and #NotAllMen, some people started to "exercise their unfollowing rights" nonetheless, similar to what happened with 4chan's #EndFathersDay hoax. Apparently people are itching for an opportunity to disregard men's opinions entirely.

As for the people who are latching onto the hashtag in earnest... if the men being unfollowed are people who are spouting misogynistic or obnoxious opinions then, by all means, unfollow them. But...why didn't you unfollow them already? Did you really need a hashtag to tell you to do so? How about unfollowing obnoxious people in general, not just those who are male? As expected, the new trend was met with ire from Men's Rights Activists (perhaps that was the intention of this particular troll?) who even tried to start a new trend, #UnfollowAWoman.

For those who are taking the hashtag seriously and supporting it, isn't the concept of #UnfollowAMan sexist? It's not right to discriminate against people based on their gender. Here's my idea: if someone is annoying you on Twitter with their irritating opinions, just unfollow them — male or female. And hell, tweet about it with the hashtag #UnfollowAnAnnoyingPerson if you really want to.