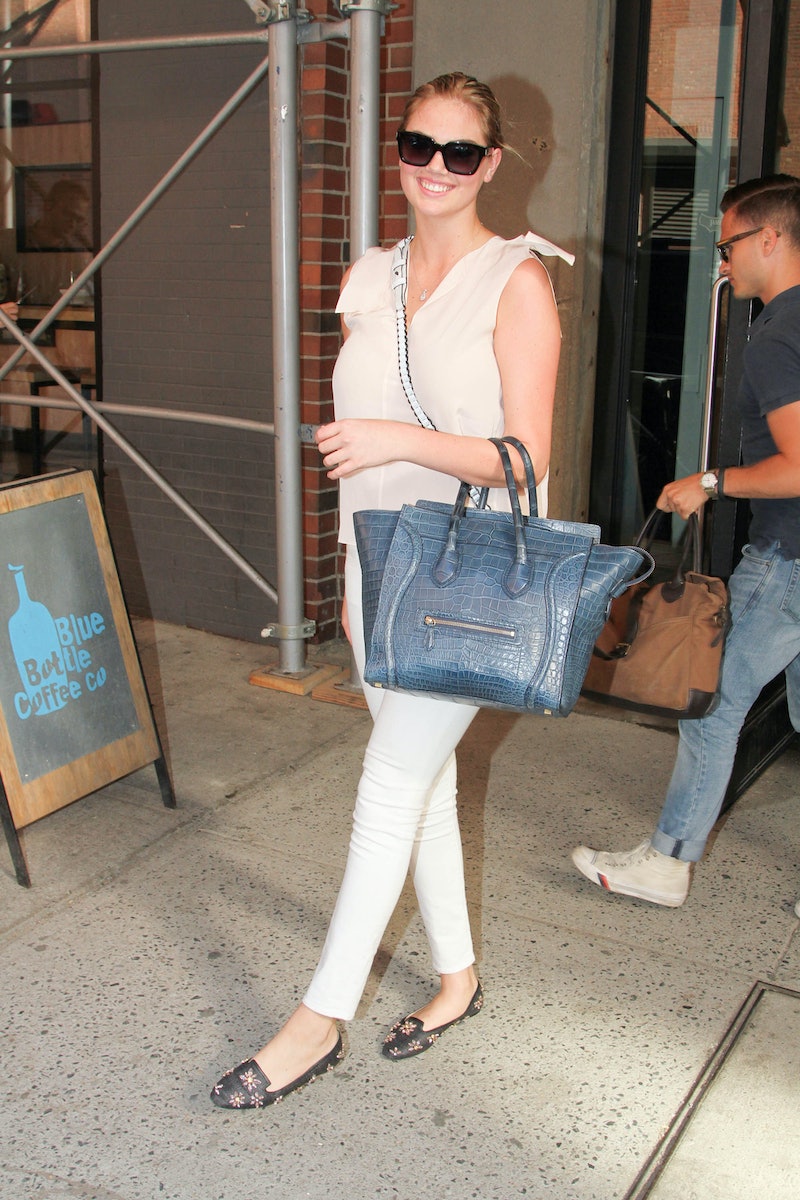 This model-turned-actress is obviously no stranger to risque photoshoots and nearly-naked magazine covers, but according The Talks for Details Kate Upton refuses to do any fully nude photoshoots. For a model who has bared most of her body on the cover of Sports Illustrated for three years in a row, this statement might come as a surprise to her followers. There's no denying that Upton is comfortable with her body — she shows it off regularly, and seems so confident in her own skin even when walking around during an average day in trousers, a blouse and some simple loafers.

"I love my body and I feel very confident with where I am and who I am as a person," Upton says. It isn't a lack of confidence that's keeping Upton from nude shoots, but rather her appreciation and respect for art. To Upton, the difference between a photoshoot with an itsy bitsy bikini and a totally nude shot is that for her, nude shots are art. She believes that our bodies are beautiful pieces of art that should be positively received. "I really appreciate those photos and I think those women are beautiful," Upton says, "but I think socal media and the Internet has prevented me from putting myself out there like that."

I can't blame her for her reservations. The Internet can be a powerful place for bullying, sexist comments, exploitation and seemingly consequence-free comment sections. Upton has made a personal decision on what her limits are for sharing her body with the world, something that each and every one of us should have the right to do. Stay true to you, Kate!