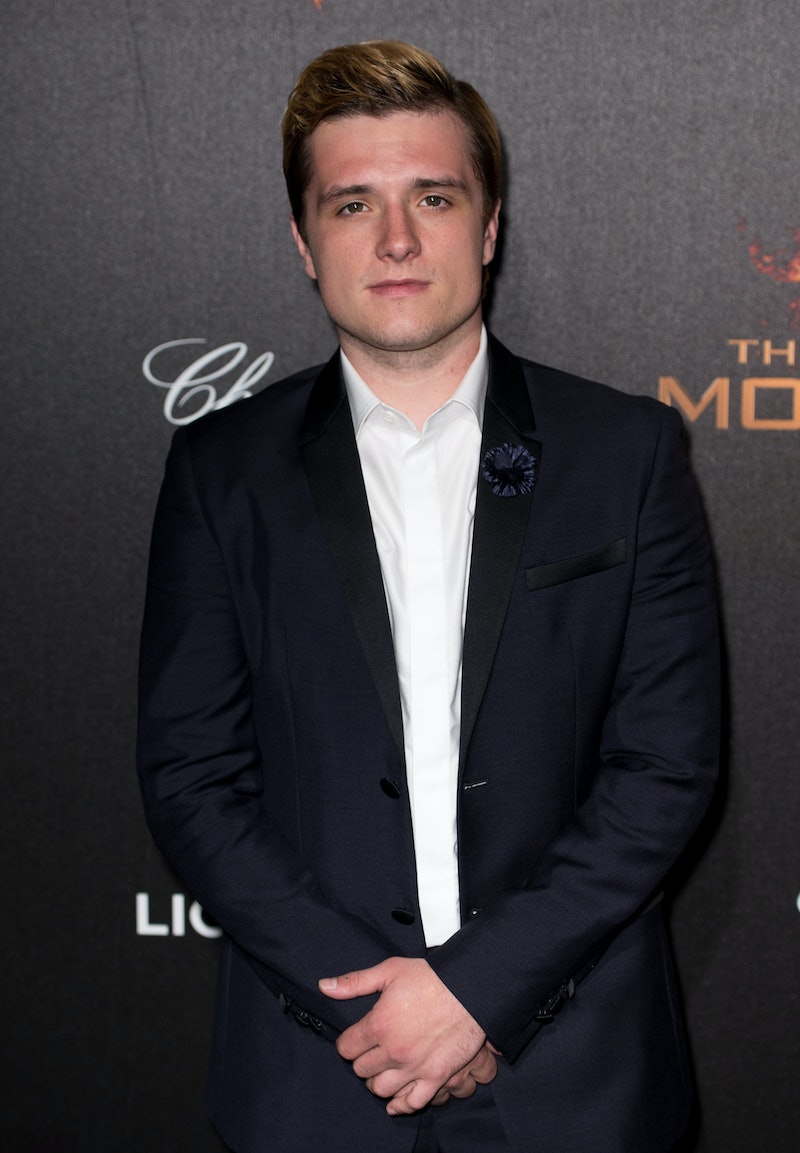 He's Peeta on the big screen, and a devoted LGBT ally in the real world: The Hunger Games ' Josh Hutcherson's teaming up with a couple of big LGBTQ organizations for something kinda cool. Being famous has its perks, after all, and one of the cooler one of those is the power to use your name to actually help people.

Hutcherson, working in conjunction with the Trevor Project, human I-T, and Straight But Not Narrow, is currently promoting a campaign called "Power On." The campaign's aim is to bring refurbished technology — laptops, tablets, smartphones — to disadvantaged LGBTQ youths who can use it to reach out to supportive communities.

Human I-T, who is hosting the campaign, writes on the donation page that they're partnering with Trevor Project and Straight But Not Narrow "to ensure your donated technology makes a positive impact in the LGBTQ community." According to Out, Hutcherson donated one of his own computers to the campaign, saying that "it's awesome to know that it'll be used to help a young person out there who, before this campaign, wasn't able to get access to information and resources that could really help them."

Hutcherson's long been vocal about his support of the LGBT rights; An Out profile from Oct 2013 made the headline rounds when Hutcherson revealed he considers himself straight but is open to falling for a man someday. In the same interview he talked about his desire to start a GSA back in high school, and expressed his bafflement at homophobia:

Sometimes it’s frustrating to comprehend how people are not OK with it. If you can try to tell me how it’s hurting you, you’re crazy. You’re absolutely crazy. Like, what do you mean it’s not natural? Even if—even if, which, I disagree, but even if—why the fuck do you care?

Hutcherson's also a co-founder of Straight But Not Narrow, which "prepares and trains young adults on how to become allies of their LGBTQ peers." This most recent campaign's another example of that mission statement being put into practice.