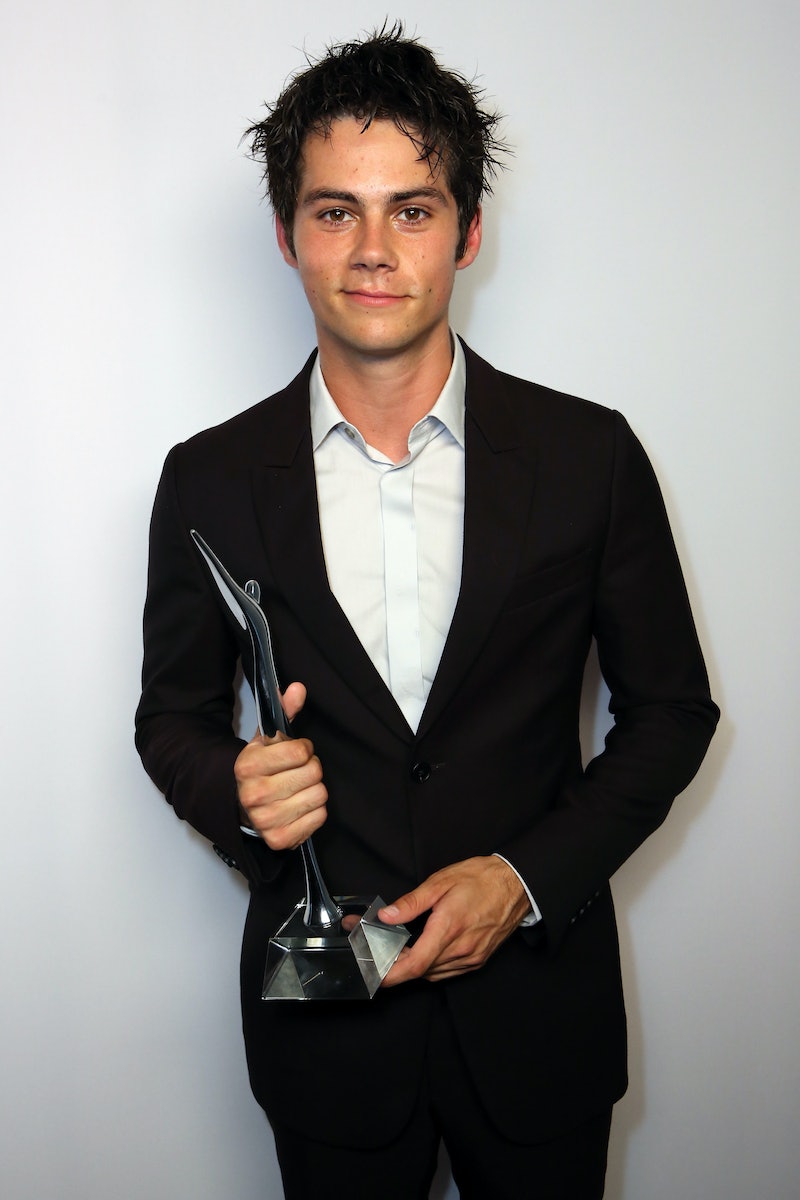 I’m sorry to say that if you’re crushing hard on the awkward and sarcastic Stiles Stilinski — then again, who isn’t charmed by him other than some angry packs of wolves? — he’s unfortunately taken. As fans know, on the MTV show, he's with something, but I'm not talking about Stiles’ werecoyote girlfriend Malia. I actually mean that the Teen Wolf actor is taken in real life and has been in a very low-key relationship since 2012. Yes, let it all out and feel free to weep, knowing that Dylan O’Brien is dating actress Britt Robertson.

Fans of the CW’s short-lived but seriously addicting show The Secret Circle will know Robertson as Cassie Blake, descendant of witches and reluctant member of a teenage witch coven. Maybe that’s how O’Brien and Robertson bonded: they probably traded stories about coping with supernatural elements along with their teenage lives. Stiles had to deal with a math test as well as his best friend turning into a werewolf. Cassie had to come to terms with finding out she was a witch as well as being the new girl at her high school. It’s hard when you have to deal with hormones and fantastical elements. One’s already bad without the other.

O'Brien and Roberston met while filming their romantic comedy The First Time about two high schoolers in 2012 and have been dating on the DL ever since. They're actually double-date mates with X Factor winners and couple Alex Kinsey and Sierra Deaton, who they befriended when the couple first moved to L.A.

As hard as it might be to hear that these two are still going strong, it's hard to knock supernatural love like theirs, and frankly, why would you want to?

More like this
Paapa Essiedu Likes To Keep His Relationship Pretty Private
By Maxine Harrison
Martin Hancock’s Wife Played A Key Part In His Return To 'Coronation Street'
By Catharina Cheung
John Mulaney & Olivia Munn's Relationship Timeline Features The Comedian's First Father's Day
By Jordyn Tilchen
Who Is 'Stranger Things 4' Fan-Favorite Joseph Quinn Dating IRL?
By Grace Wehniainen
Get Even More From Bustle — Sign Up For The Newsletter