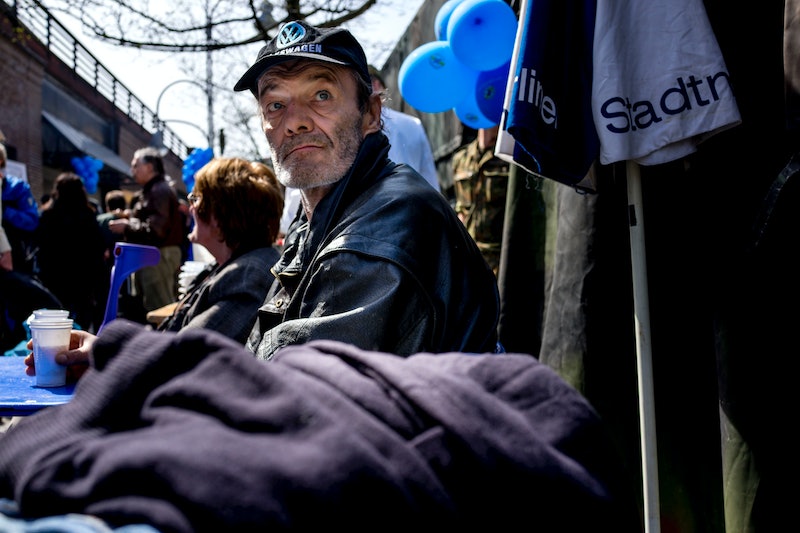 Last week, Connecticut lawmakers passed landmark legislation: the second-ever “Homeless Person’s Bill of Rights” in the United States. The bill, SB 896, adds homeless people as a protected class who can’t be discriminated against in employment and who have the right to receive emergency medical care and register to vote.

The bill also provides that homeless people should be able to move freely in public spaces without harassment from law enforcement officers. “Currently, there are certain civil liberties that could be automatically wiped out when you walked into a homeless shelter,” Nate Fox, the project supervisor for Faces of Homelessness Connecticut, told ThinkProgress. According to Fox, the bill has “changed the conversation on how to protect homeless persons’ rights.”

If Gov. Dan Malloy (D) signs the bill, it will take effect on October 1, 2013. Connecticut will become the second state to pass a Homeless Person’s Bill of Rights, after Rhode Island last year.

Kudos to these state governments for taking a stand on an important and often-overlooked human rights issue.