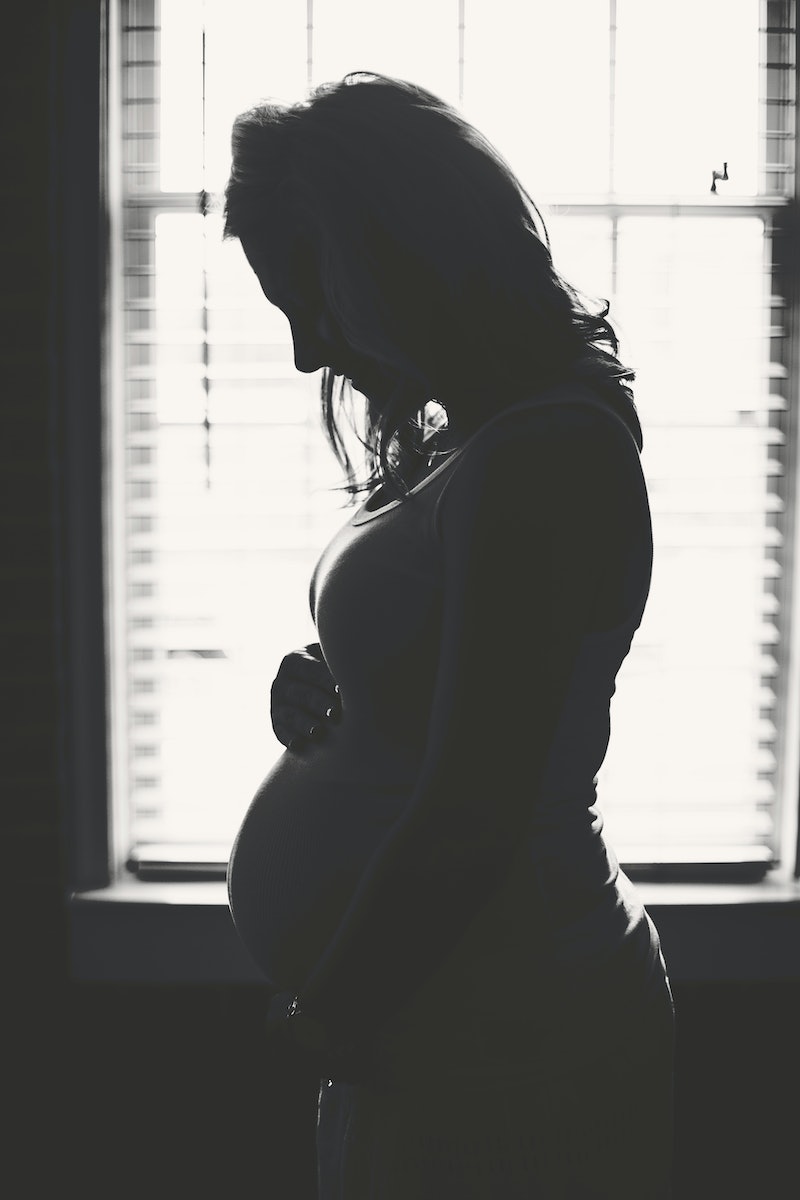 It was a typical Saturday night. I was nestled up in my luxurious twin bed, surfing channels in search of something edifying—or, at least something that would elicit a laugh. My choices were wild extremes: Awful HBO pornography or straight-to-DVD regurgitations of The Notebook. I happened upon a show that seemed to be a bizarre blend of both: WEtv’s newest reality show, Pregnant & Dating. The show features five single expectant mothers and traces their stories as they try to navigate the dating world to find “true love” (or, as it is referred to in most circles, penis). As reported by the Daily Mail, “a press release for the eight-part series, filmed in Los Angeles and North Carolina, states: "Not even pregnancy will keep these women 'out of the game'."

Never give up, right?

Right. Except when you’re knocked up with some other man’s baby.

I was disgusted by the premise from the start. But somehow, I couldn’t look away as these women poured out their sob stories of how they should have just swallowed—a birth control pill, of course. In the episode I watched, nail technician Megan wonder aloud what pregnant sex would be like. I couldn't help but think that acrylics should be the only thing she should be finishing off.

As someone who wholeheartedly respects the plight of single mothers, I found this show to be a joke. It's not empowering to the group; it’s just reinforcing harmful stereotypes about their alleged promiscuity. Granted, I'm commenting from the outside looking in, but as someone concerned with the scrutiny of women, here's my take: Pregnancy should a time for self-care and investing in the health of yourself and your future offspring. If you are not in a relationship at that point, then that aspect of your life should be de-prioritized.

And seriously, nine months of "me time", anyone? Sounds pretty ideal.

More like this
Miriam Haart & Girlfriend Nathalie May Have Broken Up After 'My Unorthodox Life'
By Brad Witter
Robert Brotherton's Boyfriend Ra'ed Saade Competed On Several Reality Shows
By Brad Witter
We’ve Got A Text! Another 'Love Island' Series Is On The Way
By Darshita Goyal
Why Wasn't Teddi At The 'Bachelor In Paradise' Reunion?
By Brad Witter
Get Even More From Bustle — Sign Up For The Newsletter