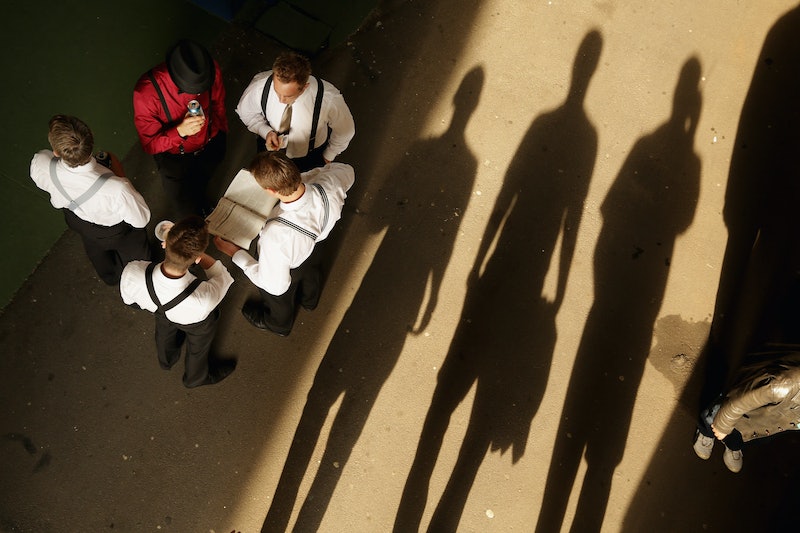 The Internet has a serious problem, and it affects everything from Twitter users to Wikipedia entries to celebrities: trolls. They're the relentless, taunting, cyberpests who harass innocent people online, inject hate speech into online content, and hack private photo accounts. Now, the gaming community, a popular target for trolls, is fighting back. Game designer Andreas Zecher's open letter to the gaming community calls for the end of hate speech, harassment, and trolling in general. The letter has already garnered thousands of signatures, suggesting that everybody has had enough.

We believe that everyone, no matter what gender, sexual orientation, ethnicity, religion or disability has the right to play games, criticize games and make games without getting harassed or threatened. It is the diversity of our community that allows games to flourish.If you see threats of violence or harm in comments on Steam, YouTube, Twitch, Twitter, Facebook or reddit, please take a minute to report them on the respective sites.

If you see hateful, harassing speech, take a public stand against it and make the gaming community a more enjoyable space to be in.

While troll behavior can range from pesky but harmless antics, like that annoying "Rickroll" prank, to serious criminal harassment — like the countless death threats slung at feminist critic Anita Sarkeesian — their presence online is becoming overwhelming. So much so that a whole new profession — comment moderators or community managers — has been created just to deal with them.

But not every online platform has a professional monitoring troll activity, so it's up to users themselves to report behavior in order to foster a safe, productive, and welcoming space for each other. At least, that's what Zecher's petition is hoping to promote.

Not convinced it's necessary? In the last month alone, these incidents have occurred.

Death Threats Force Anita Sarkeesian Out of Her Own Home

After critic Sarkeesian of Feminist Frequency posted a video series that analyzes how women are portrayed as playthings, sexual objects, and victims in video games, the attacks started pouring in. Since posting her "Tropes vs. Women" series, Sarkeesian has received harassing comments, emails, and tweets that not only slander her character but also threaten bodily harm.

Last week, Sarkeesian was forced to spend the night with friends after receiving death threats.

Sarkeesian isn't the first woman to have received death threats online, and her harassment is just the tip of the iceberg for an online community that has a tendency to shun women. If one good thing can come out of the constant misogyny exhibited online, it's that it only gives steam to Sarkeesian's work.

Grand Theft Auto Players' Characters Are Getting Raped and Tortured

Proving that online trolls must have nothing better to do with their time, Grand Theft Auto V players complained this month that nude avatars were appearing in their games and sexually abusing their players. Trolls have developed a series of add-on game modifications (presumably because they have no lives) that allow them to kidnap players, rape them, and even torture them. The modifications also give them control of regular players and enables the trolls to blow up all players at the same time.

As one GTA V player so eloquently commented on the trolling, "Why don’t you just put the controller down and do something productive with your life?"

This Exists: A Troll Group Called the Lizard Squad

Video game streaming site Twitch has also been a recent victim of trolling, but not by just any regular trolls — the site was hacked by a group known as the Lizard Squad. Do these people actually call themselves that with a straight face? The group used a distributed denial-of-service (DDoS) attack to take down the site on August 26. Twitch did not go back up until two days later.

The Lizard Squad (just typing that makes me feel embarrassed for them) also claimed credit for hacking the Sony PlayStation Network in an effort to "pressure Sony to invest more in the network." But according to Molly Sauter, a research affiliate at Harvard University's Berkman Center for Internet and Society, the group might just be a bunch of amateurs trying to get famous:

This might be a series of actions intended to gain publicity or notoriety. Basically, they're using a very rudimentary set of tactics to create a big splash but that indicates that they don't have more sophisticated skills. Or if they do, they're certainly not using them.