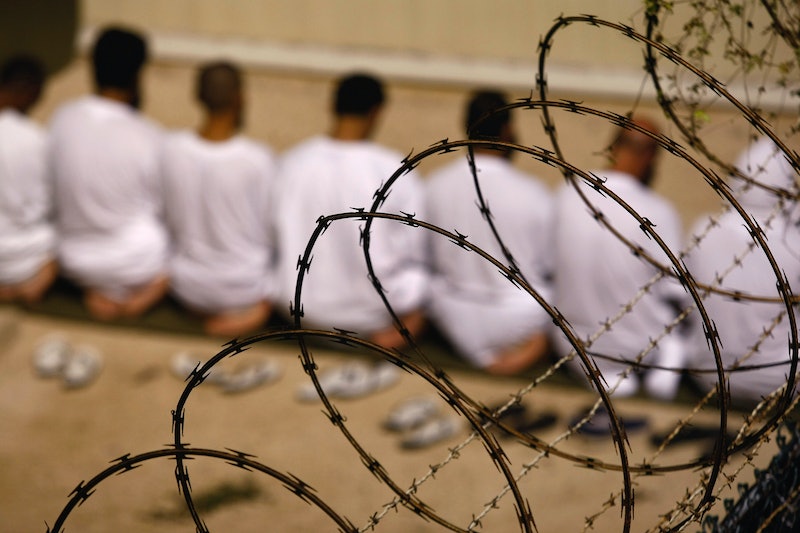 Apparently inspired by their buds who made a run for it earlier this week, 24 more teens tried to escape from Nashville's Woodland Hills Youth Development Center late Wednesday. Though they ultimately failed to make it out, the kids went wild trying: They attacked the guards with fire extinguishers and pipes, injuring two of the adults.

The teens tried to break out just after 11 p.m. Wednesday night, only two days after the initial 32 juvenile detainees escaped from the facility. The original group of runaways — six of whom are still at large — reportedly made their way out by crawling out through a hole in the detention center's fence during a prison guard shift change. The less successful escapees on Wednesday tried a similar tactic, also sneaking out during a shift change, and taking advantage of the broken doors still damaged from Monday's escape. Twenty-four teens ran out through the compound; some made it onto the building's roof, many were reportedly armed with a variety of weapons — including pipes, baseball bats, fire extinguishers, rocks and sticks.

“They’ve been everywhere, they’re popping up on the roof and running around,” said Lt. N. Curtis of the Metro Nashville emergency communications center to ABC News. According to the Associated Press, the Tennessee Department of Correction eventually sent special teams to deal with the chaotic situation.

Though none made it out (and the ten "ringleaders" were shipped off to a Rutherford County detention center), what's really unfortunate is that this bout of rebellious violence might mean a change in center policy. As it stands, guards aren't allowed to wield to wield weapons or Tasers; they're just meant to talk to the youths when they attempt a getaway or become aggressive. But two guards suffered injuries on Wednesday night, partly because they weren't able to contain the situation.

There's also the problem of the facility being majorly understaffed: though it has 90 guards, Woodland Hills has 28 job openings, according the ABC news. At night, the ratio is generally 12 youths to one guard — if the odd guard keeping an eye on the surveillance systems feels the urge for a bit of shut-eye (as happens, apparently), then the whole security thing goes out the window.

In the meantime, Department of Children's Services Commissioner Jim Henry has said that they'll be "rethinking" the detention center's locking policies, which at the moment allow access to the facility's common areas. Yah. Probably a good idea. Images: Getty Images (2)