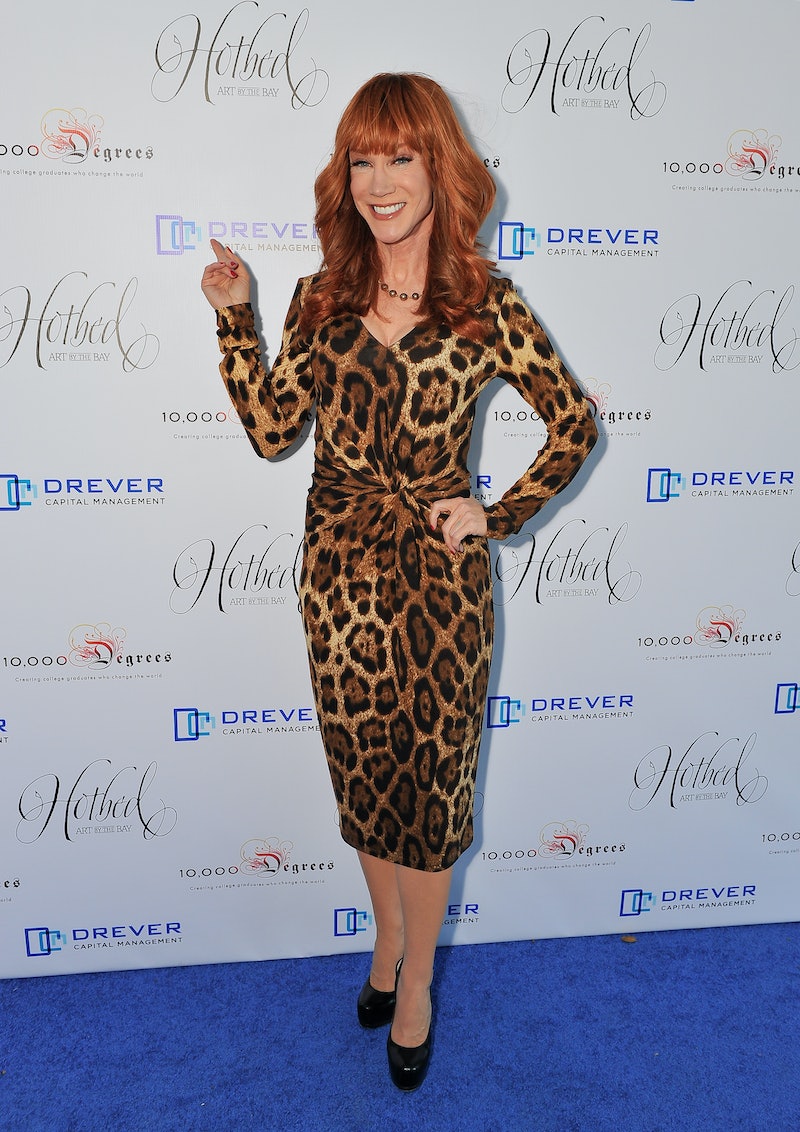 Joan Rivers was not only a seasoned comedy veteran, dynamic entertainer, talk show host and author; Rivers had A LOT of friends. Despite her reputation for controversial comments and sharp one-liners, Rivers knew how to laugh at herself, which made her a friend and mentor to many in Hollywood. Since the news of her passing broke Thursday, friends of Rivers' and fellow comedians have reached out via Twitter to express their grief over the loss of the entertainment icon, summed up in a a tweet by Kathy Griffin: "A legend, a friend, a mentor, an icon, and wildly funny. One of a kind."

Griffin wrote a touching tribute to her friend and mentor on Thursday afternoon, published by the Los Angeles Times, recalling Rivers' impact on her life and career in comedy. Griffin remembers Rivers for her astounding achievements in comedy, at a time when well-known comedians were predominantly, if not exclusively, men: "Comedy was not a woman's wok when Joan was coming up in the 1960s. A woman could know she was funny, but to make a living out of it? At that time, there was Phyllis Diller, Moms Mabley, Totie Fields, and that was about it." Griffin continues, "What got her to the status she had today was the hard, grueling work of going it alone in front of a crowd and making it laugh". Without a doubt, Rivers made an irreversible impact on Hollywood culture and will be missed.