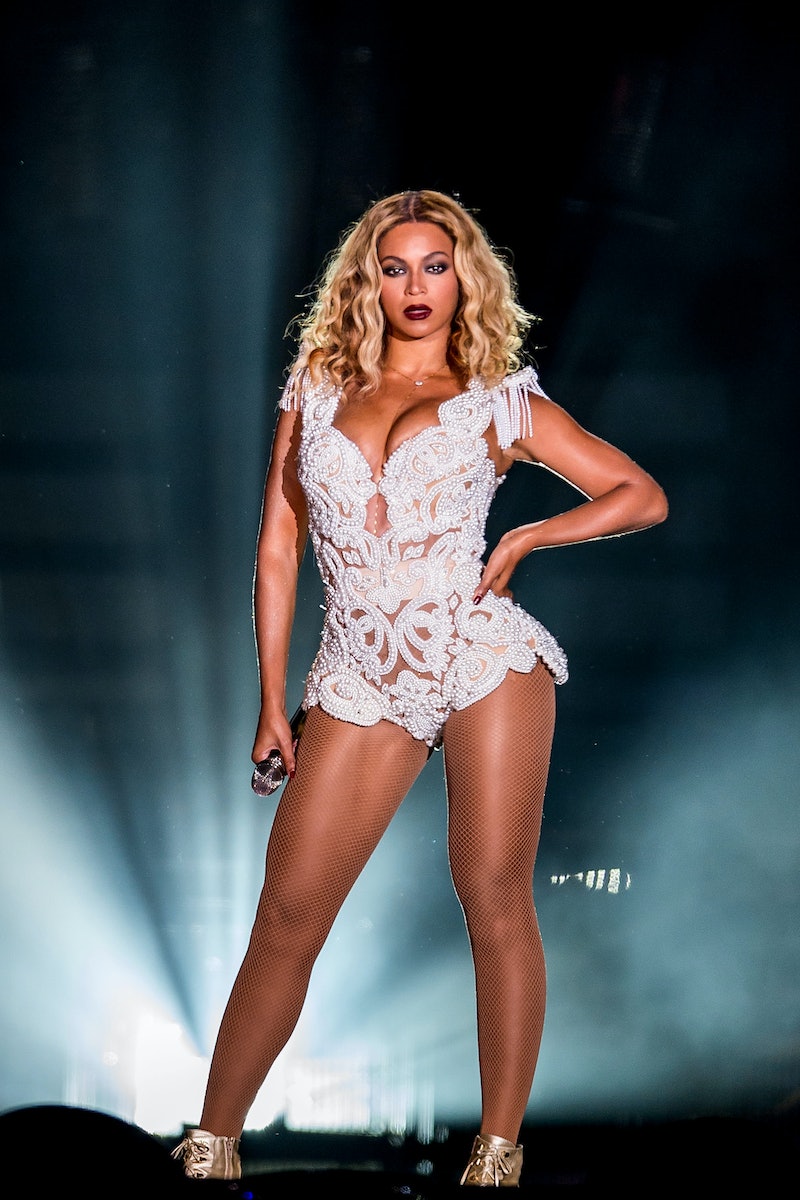 On Friday, nearly two weeks after her epic performance, Beyoncé released a behind-the-scenes video of her VMAs preparation and it really drives home exactly how much work goes into a 15-minute long set on live TV. It really shouldn't be surprising that a huge performance like this would mean a ton of rehearsals, costume choices, and a whole bunch of dancers to manage, it's just that in the weeks leading up to Beyoncé's performance, the entertainment news world was full of reports of Beyoncé and Jay Z heading for divorce, and if the world was focused on the impending split, wouldn't Beyoncé be too? Doesn't look like it.

While Beyoncé doesn't discuss her personal life in the clip — it is only four minutes after all (in fact, it's exactly four minutes. Illuminati???) — it's clear that she was spending a ton of time getting ready for the VMAs. If you get caught up in the gossip, it's easy to imagine Beyoncé worrying about the press and what cute family Instagram she'll post next to convince people she and Jay are OK, when in reality she's actually just working hard at her job and maybe, just maybe, posting cute family pictures because, like anyone else, she had a long day making sure her dancers were on point (her version of making sure she responds to emails) and wanted to relax by 'gramming it up.

What the video does show, is that (no surprise here) Beyoncé is a very hard worker and a perfectionist. She gets stressed out when talking about how she's only done one full run-through on stage. She illustrates her opinion on how things should be arranged. She makes decisions about her dancers makeup. And when the performance actually happens, she leads her team in prayer before the performance, and toasts them afterward.

As I said, it shouldn't be a surprise that a 15-minute long VMA performance would take a lot of work, but with Beyoncé it's easy to feel like it should be different. Beyoncé does this all the time! Doesn't she just wake up (***flawless), handle all her PR biz, and then hop on stage with no rehearsals? Nope, and this video proves that.

This video also makes you wish that this thing would become a full two-hour documentary à la I Am Britney Jean. There was already a petition for the On the Run Tour trailer to become a full-length movie, so while we're at it, why not make this one happen too?