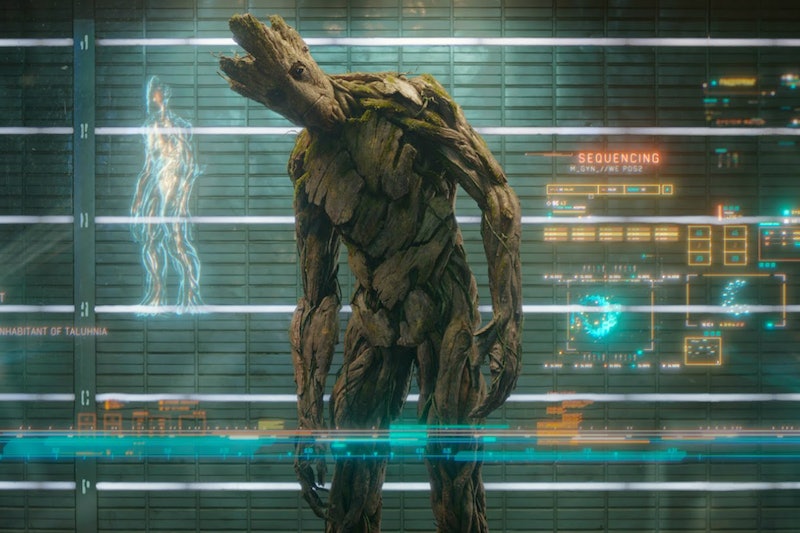 Summer 2014 was the summer of the plant. Guardians of the Galaxy's Groot and his adorable dancing baby Groot tree spawn took the Internet by storm, positioning themselves to be the new cats of the Internet. Baby Groot was scene stealing, and Papa Groot was goodhearted yet simple. Sure, he could only utter, "I am Groot," but he made us all feel like we were Groot, too... until now. Uproxx found that someone made a Groot mod for Grand Theft Auto IV that pretty much ruins everything. This was NOT the way anybody envisioned anything. This is fan-fic gone wrong.

You can watch some of this atrocity in the video below, but be warned: Your adulthood will be ruined. Groot goes to a strip club (cringe), and basically turns into a gross, misogynistic, nasty, mean tree-hole. (FYI: that's the tree equivalent of an asshole.)

Look, there's no shame if you want to make your own cool version of a video game or whatever, more power to you gamers, but don't ruin an awesome, well-meaning character. And whatever you do — please — for the love of all things related to Vin Diesel, leave Baby Groot out of this.

We are not Groot right now.