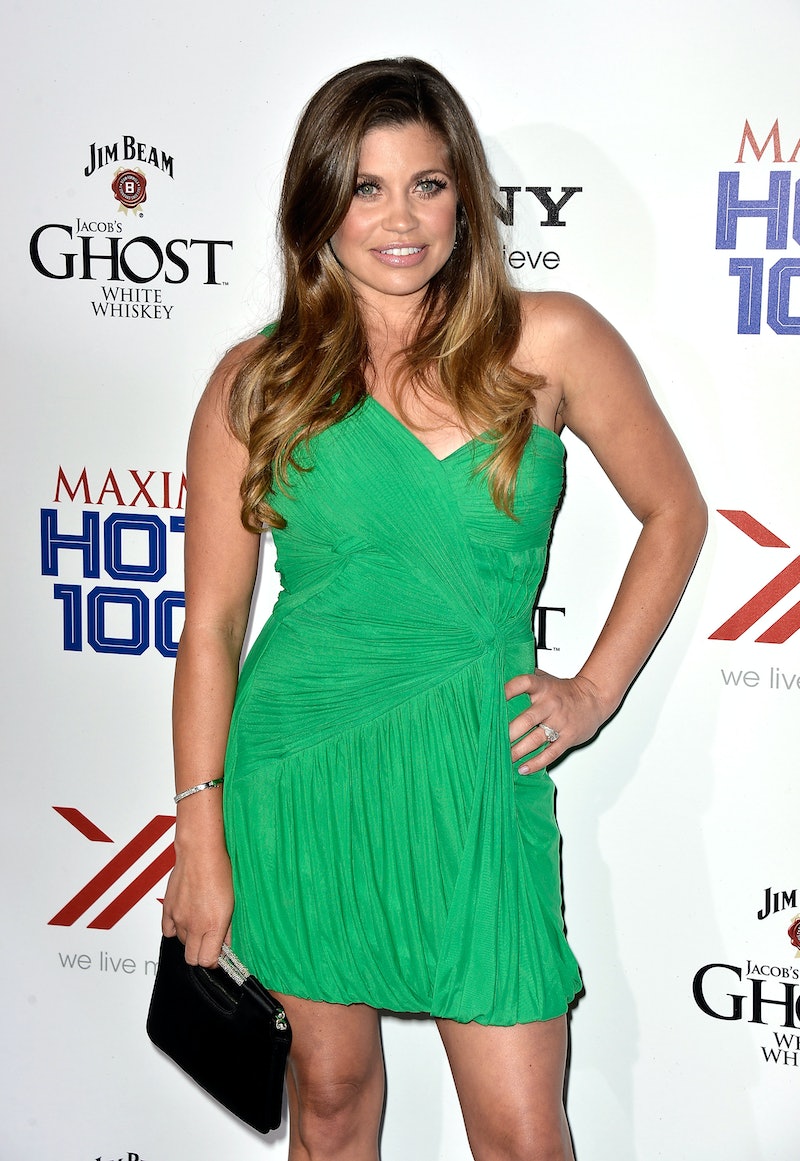 We've all had our fair share of embarrassing Halloween stories. From having one too many glasses of "monster punch" to losing the bottom half of a bumble bee costume, Halloween is prime time for all of us to out-ridiculous ourselves. According to Girl Meets World star and author of the new memoir Normally, This Would Be Cause for Concern: Tales of Calamity and Unrelenting Awkwardness, Danielle Fishel, celebrities are not safe from things that go "oops!" in the night either. While attending a Hollywood Halloween party, Fishel was rescued by Ben Affleck after she tripped on her high heels and was "splayed out on the ground," as she puts it in her book, in fishnets with a bloody lip.

As if awkwardly falling at a party wasn't enough, things got worse (or better, depending on how you look at things) when Fishel was scooped up off of the ground by none other than the "terrifyingly handsome" Ben Affleck. So, it appears Batfleck has been keeping the streets safe well before he was, well, Batfleck.

Sure, most of us can't really relate to being taken to safety by a megastar, but we can at least all relate to the whole falling-on-your-face-on-Halloween bit. Ah celebrities, they're just like us!

As a bonus to Fishel's collection of humbling and hilarious tales in her new book, she also gave us inspiration for some Halloween costumes. Sorry Robin, it looks like Batman's best new sidekick is Topanga. It makes for a great couple's costume. One of you just needs to wear a Batman costume and talk in a Boston accent, and the other just has to rock a scrunchie and an extremely '90s outfit.