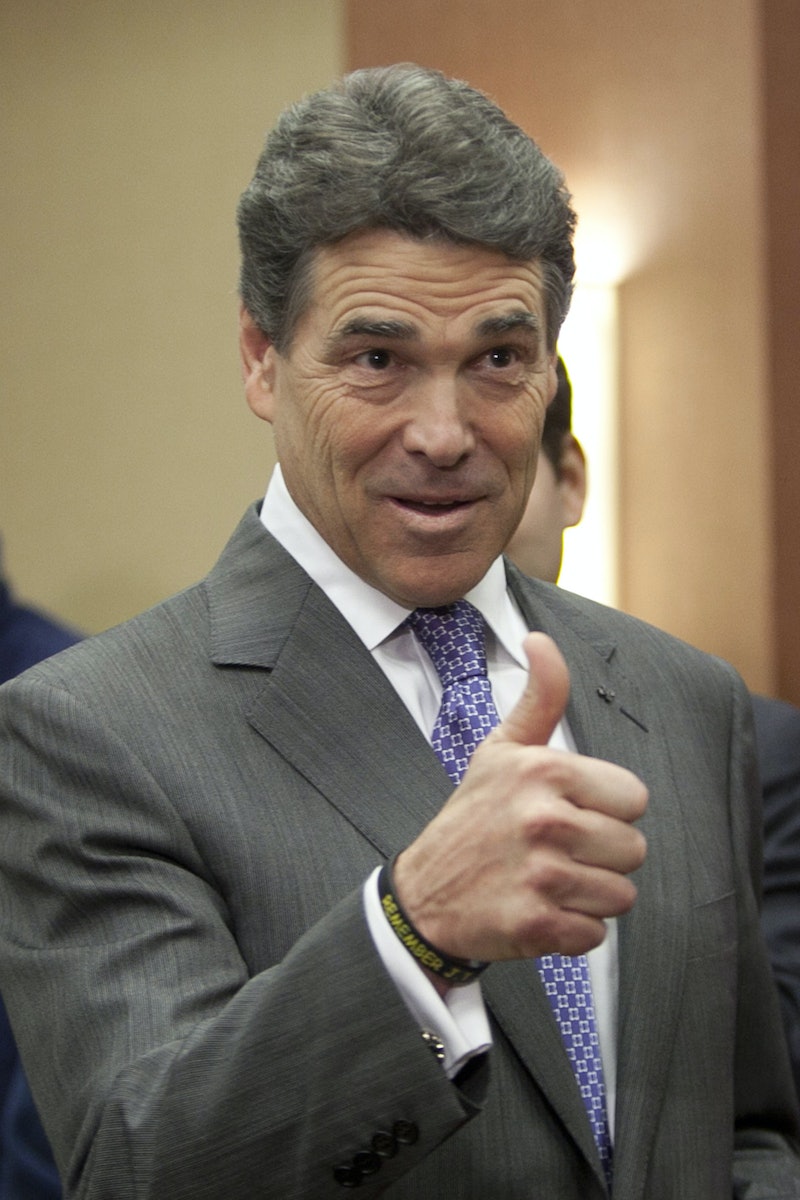 If there's one thing Rick Perry hates about America (apart from us pesky feminists, that is) it's Obamacare. Or at least that's what the Texas Governor has led us to think since Obama's cornerstone policy debuted in last year.

So how does Rick Perry feel about Obamacare when it has the potential to offer him about $100 million to benefit the elderly and disabled (in other words, to do its job)? A little less aggressive, it turns out.

Politico reports that Perry's team is quietly lobbying the Obama administration to access funds for the Community First Choice program, a provision created under the Obamacare plan. The $100 million package would improve services for about 12,000 elderly and disabled Texans.

If nothing about this seems sneaky to you, let's recall some of Perry's previous comments regarding Obamacare funding. After the Supreme Court upheld the constitutionality of the Patient Protection and Affordable Care Act (PPACA) in 2012, Rick Perry sent a rather colorfully-worded letter to Health and Human Services Secretary Kathleen Sebelius insisting that the "PPACA's unsound encroachments will find no foothold here."

Talk about biting the hand that feeds you.

In response to accusations that this latest request for funds represents a somewhat hypocritical move, Perry spokesman Josh Havens released a statement saying, “This is not about Obamacare. The state of Texas has been providing these types of services via Medicaid waiver for decades."

Perry has decided not to seek reelection as governor, but is rumored to be considering a presidential bid for 2016. On the upside, "Perrycare" does have kind of a nice ring to it.