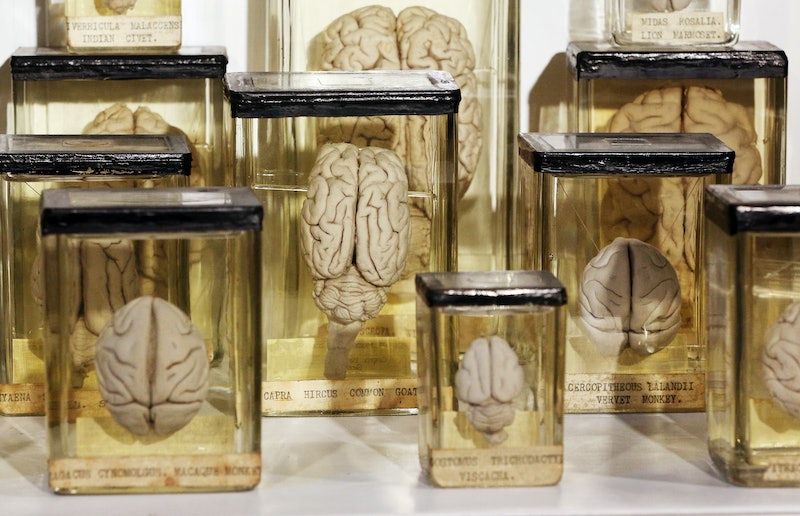 Contrary to what urban legends and Morgan Freeman's character in Lucy would have you believe, human beings actually do use, not 10 percent, but 100 percent of their brains, which is why you don't want to have any parts missing. Remarkably, however, it turns out one 24-year-old woman in China was born missing an entire region of her brain and is somehow...mostly fine. Woah.

The woman, whose name has not been released, lives in the Shandong Province of China and somehow managed to go 24 years without anyone realizing she had this condition. She only found out after checking into the hospital for nausea and vertigo when a quick CT scan revealed the cause — and the fact that she is only the ninth known case of a person living without a cerebellum.

The cerebellum is a part of the brain located underneath the two brain hemispheres. In most people, it accounts for about 10 percent of the brain's volume but contains 50 percent of the neurons in an average brain. It is important for motor control and balance, and may also impact things like attention span and language skills. Injury to the cerebellum can result in severe physical and mental impairment, making it remarkable that this woman was, seemingly, able to lead life without one just fine.

Apparently, as a child she didn't begin walking until the age of seven, her speech wasn't comprehensible until the age of six, and she was never able to run and jump like most children, but still, all in all she seems to have had a fairly normal life, apart from some continued difficulty speaking. She's married and has even had a perfectly healthy baby with no complications. So apparently the rest of her brain has managed to compensate for the missing region.

There's no word on how this woman might be feeling about this sudden and unexpected revelation, but her physical condition seems to be fine. Doctors say that the space in her skull where the cerebellum would normally be situated was instead filled with cerebrospinal fluid, which naturally cushions the brain, and that none of the surrounding tissue appeared damaged in any way. The doctors did drain some of the cerebrospinal fluid to reduce the pressure somewhat, but overall, said this woman seems otherwise healthy.

I repeat: Brains are so amazing.