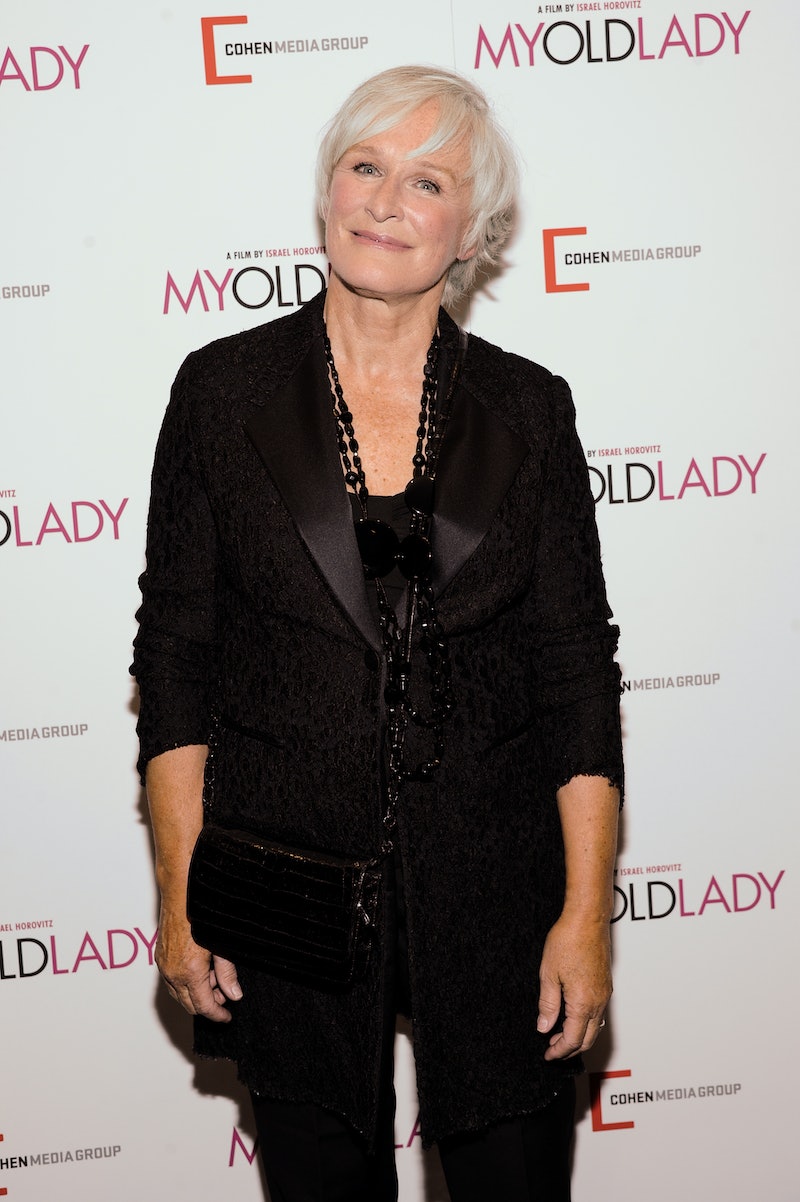 Glenn Close is regarded as one of the greatest actresses in the industy, and she appears to handle the pressures of success with ease — perhaps because she doesn't take herself too seriously. I mean, the lady clearly knows how to let her hair down and have a good time, whether she's pretending to be drunk at the Golden Globes or, you know, doing this: During an appearance on The Tonight Show last night, Glenn Close competed in a pie-eating contest with Jimmy Fallon.

Fallon took a break from covering rap songs with Anne Hathaway and performing another one of his crazy skits to invite the actress on the show to prove that her talents reach far beyond the big screen — right to competitive eating. And although she probably won't be one of those gunning for Joey "Jaws" Chestnut's hot dog eating crown next July 4, I must say that she gave Fallon a solid run for his money. They both did their best to win in a race that allowed a total of 30 seconds to devour three foods with the most unusual utensils: a huge plate of spaghetti with egg whisks, a platter of loaded nachos with salad tongs, and — the ultimate — a blueberry pie with no hands.

Actually they were supposed to shovel the pie into their mouths with tongue depressors, but it probably wouldn't have produced such an awesome TV moment.

After all was said and done (and eaten, of course), it looks like Close may have actually enjoyed the pie more than she expected because she continued eating after the judge called time. Meanwhile, Fallon wound up with more pie in his eyes than in his mouth. And the gooey pie kiss he shared with Close afterward didn't help much.Check out the clip below to see who came out on top in the messy pie-eating battle: