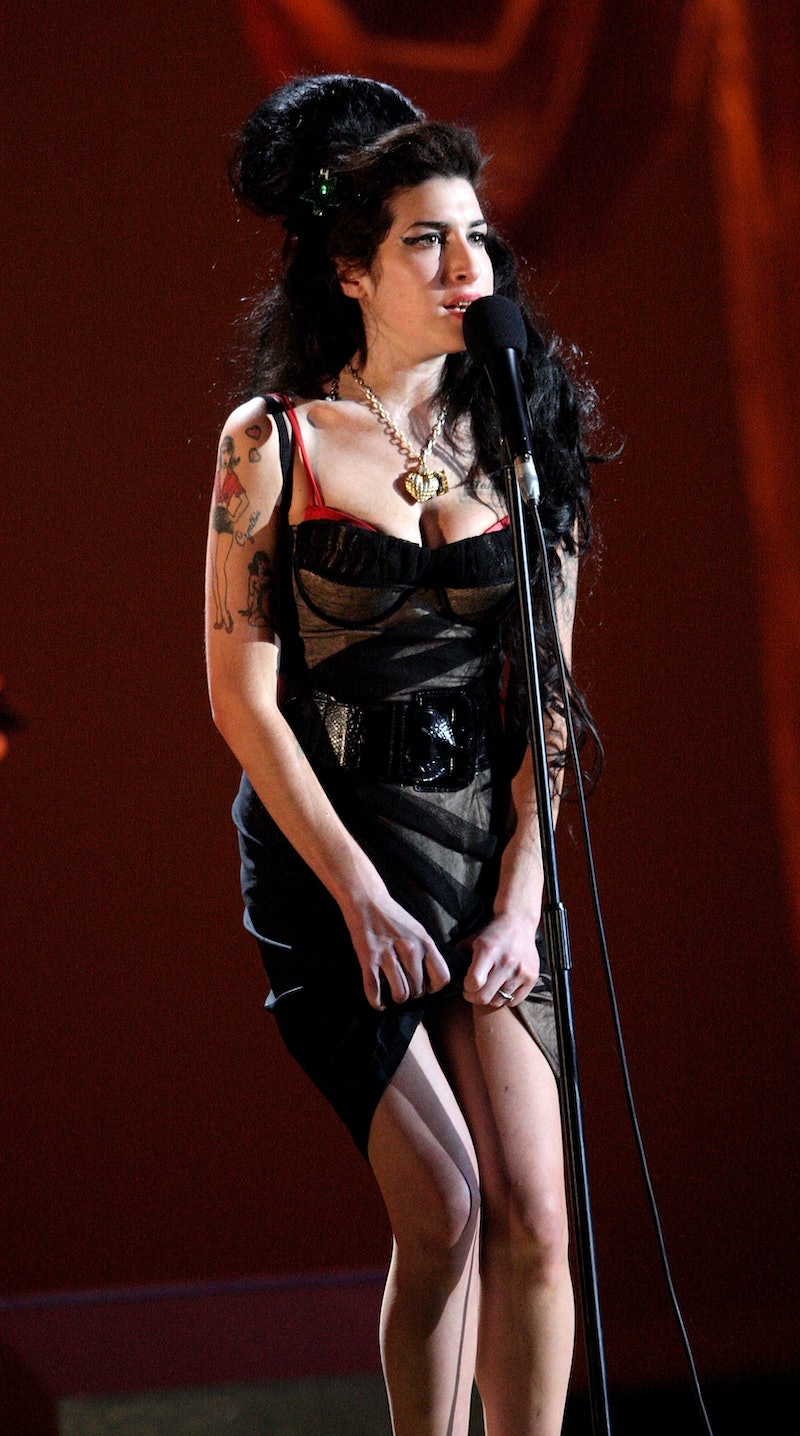 In honor of what would have been the singer's 31st birthday, a life-size statue of Amy Winehouse was unveiled in Camden, London, on Sunday. The singer passed away in the summer of 2011 from alcohol poisoning, leaving a legacy of amazing music that spanned genres and broke boundaries.

Winehouse spent much of her life in the Camden borough of north London, where the statue has been erected. Her father, Mitch, described her as being in love with the area. Sculptor Scott Eaton created the statue, which will be a permanent fixture in Camden's Stable Market.

In some ways, a statue seems an overly formal way to memorialize a singer who, in many ways ,epitomized edginess and vitality. However, the posture and the outfit do a great job capturing Winehouse's style. The statue is all gray with a splash of red flower in her notorious beehive hairstyle. Both of Winehouse's parents expressed their appreciation for the statue at the event, with Mitch commenting on how well it captured her personality. "It is like stopping her in a beautiful moment in time," he said. In addition to being a tragic figure and a pop culture icon, Winehouse's voice, like her statue, is timeless. Hopefully, the statue will serve as a way for new generations to experience the music of an incredibly gifted artist.