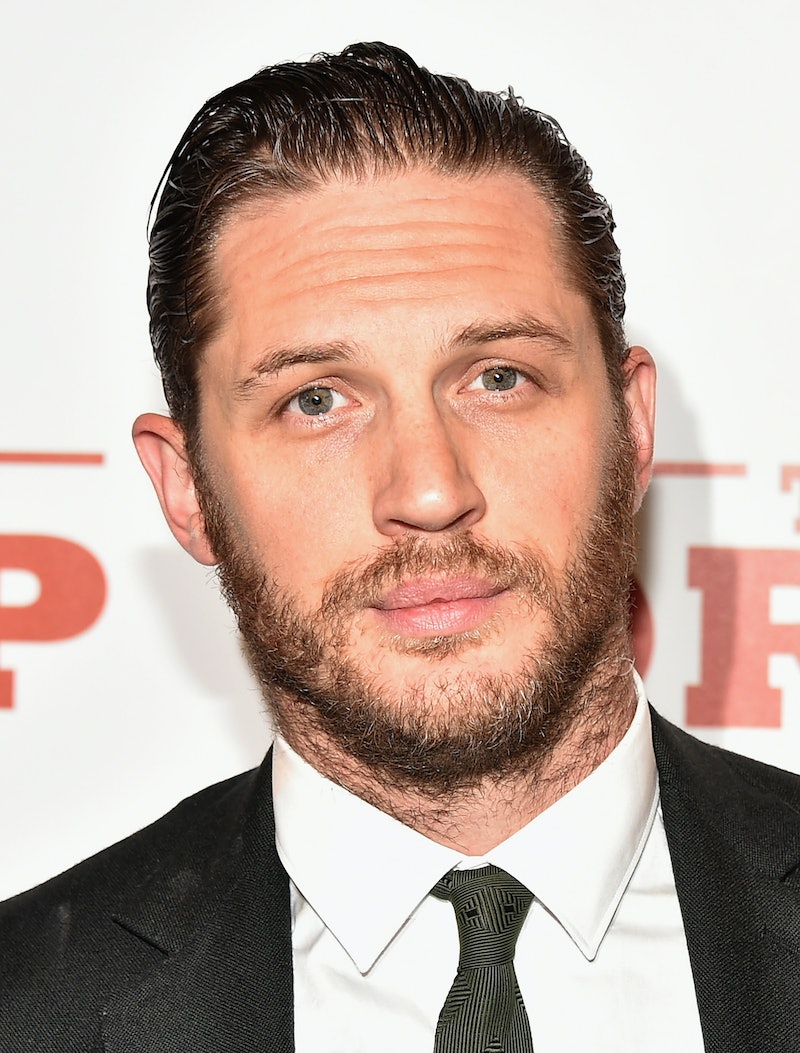 Quick, when you think of Tom Hardy, what comes to mind? Besides hot. Besides sexy. Besides... hey, you dirty bird! Okay, let me make this easier: When you think of Tom Hardy's career, what comes to mind? Odds are, "romantic comedy" isn't the first thing that pops into your head. Hardy is known for more grittier, action-based films, such as The Dark Knight and Inception. So, when he did the rom-com This Means War, alongside Reese Witherspoon and Chris Pine, many people were all, "Huh? What's he doing in that movie?" And, as it turns out, among those people scratching their heads as to why Hardy was in a rom-com was... Hardy himself.

In a recent interview promoting his new film, The Drop, the actor confessed that he will never (ever) do another film that involves meet-cutes or adorably derivative montages again — Hardy is officially done with romantic-comedies. The actor told USA Today of his experience on This Means War, "I didn't understand how you could do something, which is so much fun, and be so miserable doing it. I probably won't do a romantic comedy again. Do you know what I mean?"

Now, I'm not sure if Hardy was insulting Chris Pine or Reese Witherspoon or not, but I will say this of his revelation: Good. Tom Hardy does not belong in a romantic comedy. He belongs in movies where the cinematography is dark, the action a plenty, and his shirt is off.