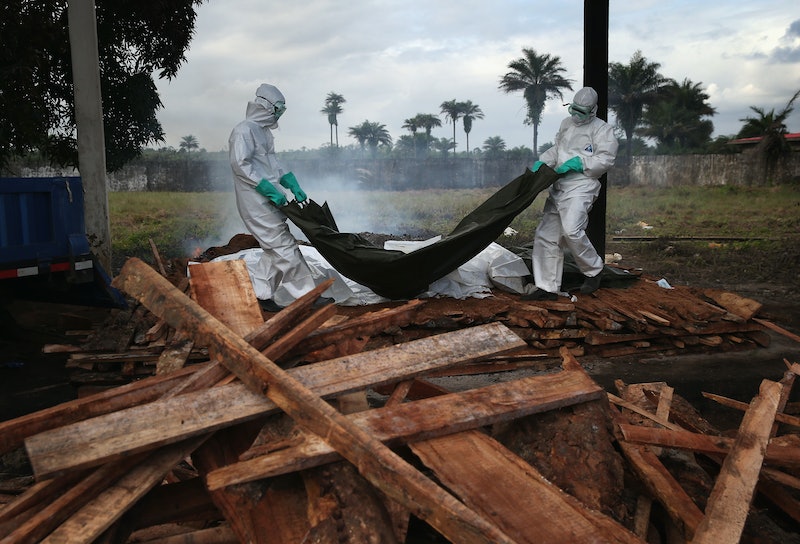 The death toll of the West Africa Ebola outbreak rose to more than 2,400 people last week, with twice as many cases confirmed and no end in sight. Answering calls to do more, President Barack Obama is sending 3,000 troops to West Africa to aid in the fight against the highly contagious virus. The president also plans to expand the area's medical resources by establishing portable hospitals and providing at-home health kits for the crippled region.

In expanding the administration's Ebola program, the U.S. will help Liberia build at least 17 treatment centers across the country, adding about 1,700 hospital beds to the under-resourced nation. Because Liberia lacks medical tools and only had one doctor for every 100,000 people, the U.S. will send 400,000 Ebola health care kits to Liberia that can be used in homes. These kits will be airlifted this week from Denmark to Liberia, the White House said.

Additional Ebola-testing kits will also be provided by the Defense Department to the Liberian Institute of Biological Research and to Sierra Leone's Kenema Government Hospital. The U.S. hopes to train hundreds of doctors and health care workers in the treatment and prevention of the disease, which has spread to five countries in West Africa.

According to White House officials, U.S. service members being sent to the region will help coordinate these new efforts, including the handling of supplies and training of doctors. The Department of Defense plans on opening a command center in the Liberian capital of Monrovia, which has been one of the hotspots for Ebola since the outbreak began earlier this year. The White House said a general from the U.S. Army Africa will oversee these efforts.

The White House announced that it has four goals with its new Ebola program: control the epidemic at its source (West Africa); curbing the impact of the disease on the region's economic, social, and political spheres; engaging a global audience; and establishing a health care infrastructure in the region and beyond.

The total cost of the Ebola medical program is around $763 million over six months. That cost includes the $175 million that has already been committed to aid West African nations in fighting the highly fatal disease. USA Today reports that the administration has asked Congress for an additional $88 million, while the Defense Department needs about $500 million.

According to the World Health Organization, there have been nearly 4,800 confirmed Ebola cases since the outbreak began. In this current outbreak, the survival rate is 47 percent. Liberia, Nigeria, Sierra Leone, Guinea and Senegal have all reported cases of Ebola, with Liberia, Sierra Leone and Guinea being the hardest-hit countries.

The WHO said Liberia's outbreak calls for "non-conventional" methods of intervention. Almost all of the counties in Liberia have reported an Ebola case, and nearly 80 health care workers in the country have died from the disease.