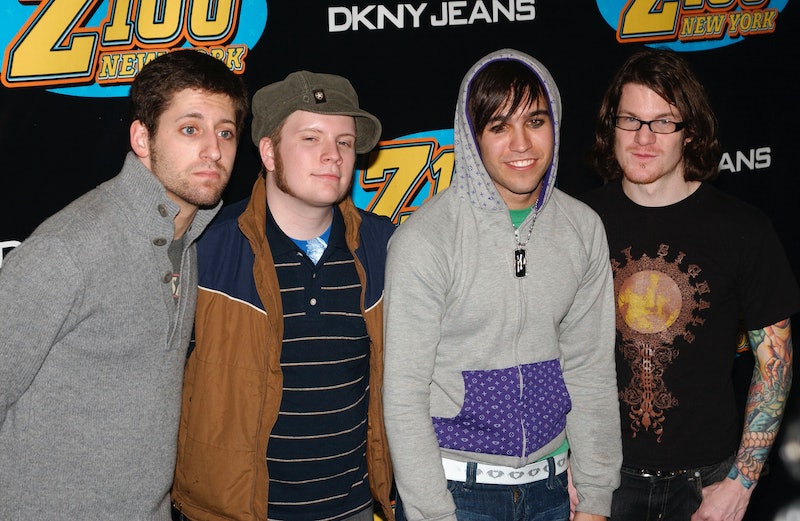 It is a tragic but true fact that emo music gets absolutely no respect. In fact, emo music gets no respect even among fans of emo music. It's one of those subgenres that got misinterpreted and adapted into so many different definitions that you can have five different people loving five different bands and claiming to be the "real fans" of "true" emo. At some point in the early '00s, when emo became the hot new genre to pay attention to, it also simultaneously became an insult or something to be mocked. To be honest, it was probably all of the guyliner and skinny jeans. And I'm speaking as a former fan.

The thing is, what comes to mind when most people think of the most emo band they've ever heard is probably not a band that's associated with the original emo movement. All of the copycat bands that followed in the wake of the original genre have either been excommunicated by the emo movement or never self-identified as emo to begin with. It went from being a legitimate music genre to being a fad or a parody. I'm not here to talk about the legitimate music genre. I'm here to reflect on mainstream emo music. Because there are a lot of music videos that came out during the early '00s that people would automatically think of if they heard the word emo, even though they're not really emo at all.

So what were the biggest emo music videos of the early '00s, when the word was more of a fad than an accurate musical label? Well, that should be obvious to the moody teen in all of us.

Ah, Fall Out Boy. They helped to usher an entire new generation of teenagers into a world of guyliner, flat-ironed bangs, and straight edge lifestyles. From Under the Cork Tree was the album that made them a mainstream success and "Sugar We're Going Down" was total emo-lite. It's about a misunderstood and bullied boy-deer hybrid thing who falls in love with a girl whose father wants their relationship to end by any means possible. That kind of me versus the world spirit embodies the mainstream emo fad.

Fall Out Boy was like a gateway drug to Panic! at the Disco, even if they identified their sound as "trip hop cabaret dance punk" not emo. The guyliner, you guys, the guyliner. In the early '00s, when emo became a thing, pretty much all people assumed that emo teenagers did with their time was look sad, straighten their hair, and practice their mascara skills. At least P!atD had the distinction of sounding different and not singing about the pain of a love lost. Some of the time.

Taking Back Sunday was one of the early bands that helped carry emo music to the mainstream, much to the exasperation of fans of the original emo movement. "You're So Last Summer" featured such cheery lines as "the truth is you could slit my throat and with my one, last, gasping breath I'd apologize for bleeding on your shirt" and the music video is just a lot of flying bangs. No, seriously, check it out. Covering your face with your hair was classic emo fashion.

With "I'm Not Okay (I Promise)", My Chemical Romance was singing about a bad break up while producing a video that basically summed up high school for every teenager who had ever felt misunderstood. (So, all of them.) The music video is for people who have ever felt angry, ever felt used, every felt anything ever, basically, and considering emo is short for "emotional hardcore" then you can bet the listeners were feeling something.

Dashboard Confessional's "Screaming Infidelities" was one of the few early emo tracks that actually made it to air on MTV, back when MTV still played music videos. The video even won an award for its haunting portrayal of... well, a bad break up. To be honest, a lot of emo songs were about bad break ups, but when you're a teenager a break up is one of the worst things that can happen to you.

Hawthorne Heights was representing the subgenre of emo known as "screamo", which, for the mainstream listener, basically meant that they were feeling so much that they felt the need to yell it at you. In the music video for "Ohio Is for Lovers", there are vintage film clips intercut with the band singing and screaming, their overly long bangs flying, in a darkly lit room. Yeah, it's one of those.

Blink-182 isn't an emo band per say, but "I Miss You" was one of their most emo tracks with a music video to match. It reference Jack Skellington and Sally from The Nightmare Before Christmas, for heaven's sake, and that movie is super big with teenagers who still shop at Hot Topic. Much like "Ohio Is for Lovers", we get vintage clips intercut with the band singing and there's a lot of haunting and macabre imagery to go with it.

Let's be frank about this one. "I Will Follow You Into the Dark" is about how the death of someone you love would probably lead you to die not long after them because you can't stand living without them. And then the music video features the lead singer basically wandering around his house alone before he falls into a hole in the ground, just in case you didn't get it. But Death Cab was one of the bands that was singing the extreme emotions of moody teens everywhere during the early '00s and we have to thank them for that.