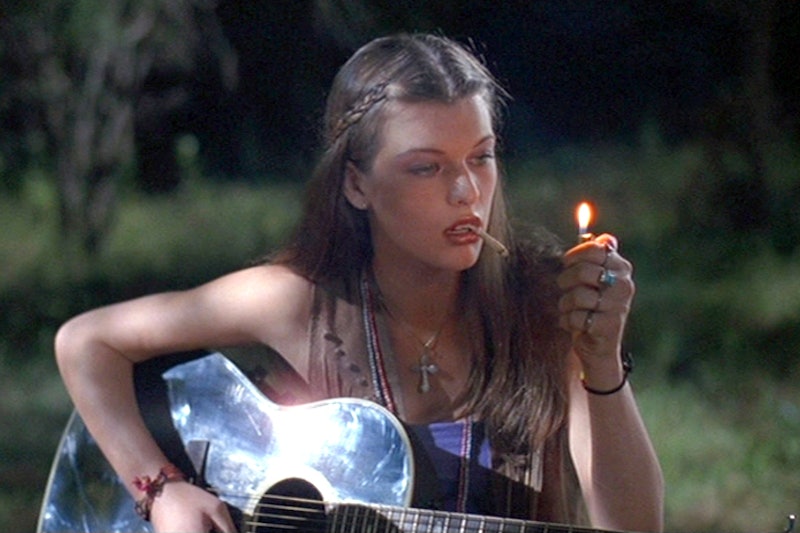 Colorado, one of the first states in the country to legalize recreational marijuana use, is going to be the site of another pot-related first: A group of local pot industry workers and activists are creating some of the country’s first PSAs aimed at encouraging sensible marijuana use. The ads, which will caution users against accidentally consuming a too-large dose of marijuana edibles, are designed to counter decades of over-the-top anti-drug PSA programs — including one recent ad sponsored by the Colorado Department of Public Health called “Don’t Be a Lab Rat,” which aims to stop teen pot use by, um, setting up a giant rat cage at public schools and concert venues.

The “Lab Rat” campaign has, unsurprisingly, already met with some resistance — it was rejected by Boulder, CO city officials, who vetoed an installation of the cage at a city intersection. But suggesting that smoking pot is like being stuck inside a giant metal terrarium is far from the most out-there message drummed up by anti-pot activists through the years. Though anti-pot PSAs have a long history in this country, today, many researchers are questioning whether anti-drug PSAs are effective at all, and government funding for anti-drug ads has been severely cut.

It couldn't be better time to play our respects to the 15 funniest anti-pot PSAs of all-time. Because these guys must have been totally high while they were writing these, right?

This 1970 PSA by Hanna-Barbera, the animators behind Yogi Bear, Scooby-Doo, and other cartoons featuring wildly unrealistic human-animal interactions, posits that pot is — wait for it — a gateway drug that leads smokers to be inevitably dragged to their eternal doom by animated ghouls inside a shipping crate. Those ghouls would have gotten away with it, too, if it weren't for you meddling kids.

Why bother actually smoking pot when you can just watch this bizarre 1988 anti-pot PSA about a man trapped inside a video game console, and feel like you're totally baked already? "Drug Facts File" seems like a terrible arcade game, though. That kid should have gone for Donkey Kong instead.

In 1968, Sonny Bono was decades away from being a California congressman — he was simply Cher's better half, and a TV personality with a weirdly soothing voice. Unfortunately, his anti-pot PSA, which comes in at over 30 minutes, is about 30 minutes longer than anything that anyone who's high can deal with watching.

Spending their days living inside a sewer with a rat as their only companion, the Ninja Turtles seem like they're hooked on much harder drugs than pot. But either way, their manic enthusiasm for pizza doesn't make a strong case for holding them up as role models for sobriety.

IT'S A FACT: POT HURTS

Despite its extremely liberal usage of the term "fact" here, I just love the '80s turtlenecks in this video. Do you think American Apparel is selling any like that now?

It's just as you always suspected — your deli guy has the good shit, but he's been holding out on you this entire time!

Apparently, if this PSA is to be believed, pot will make you the only kid in the 8th grade who has his own car but can't get laid.

STICKING LEECHES ON MYSELF

Smoking weed is not recommended if you're an inflatable sex doll — the heat of the flame will usually burst your inner tubing, as this PSA so dramatically illustrates. Don't become another victim in this needless and tragic epidemic.

KICKED BY A MINI-HORSE

Again, the actual pleasures of pot seem to allude the creators of this PSA, which compares getting stoned to tormenting, and then being kicked by, a tiny horse. Though smoking pot will probably increase your overall enthusiasm for mini-horses, so what do I even know.

Disapproving dogs come up a lot in these ads. A LOT.

I will admit it — the prospect of disappointing your dog, a creature who thinks that socks are food and that you are the greatest person who ever lived, is the first one of the threats dished up by these videos to actually concern me.

Fine. Guilty as charged. You win this time, anti-pot PSA.