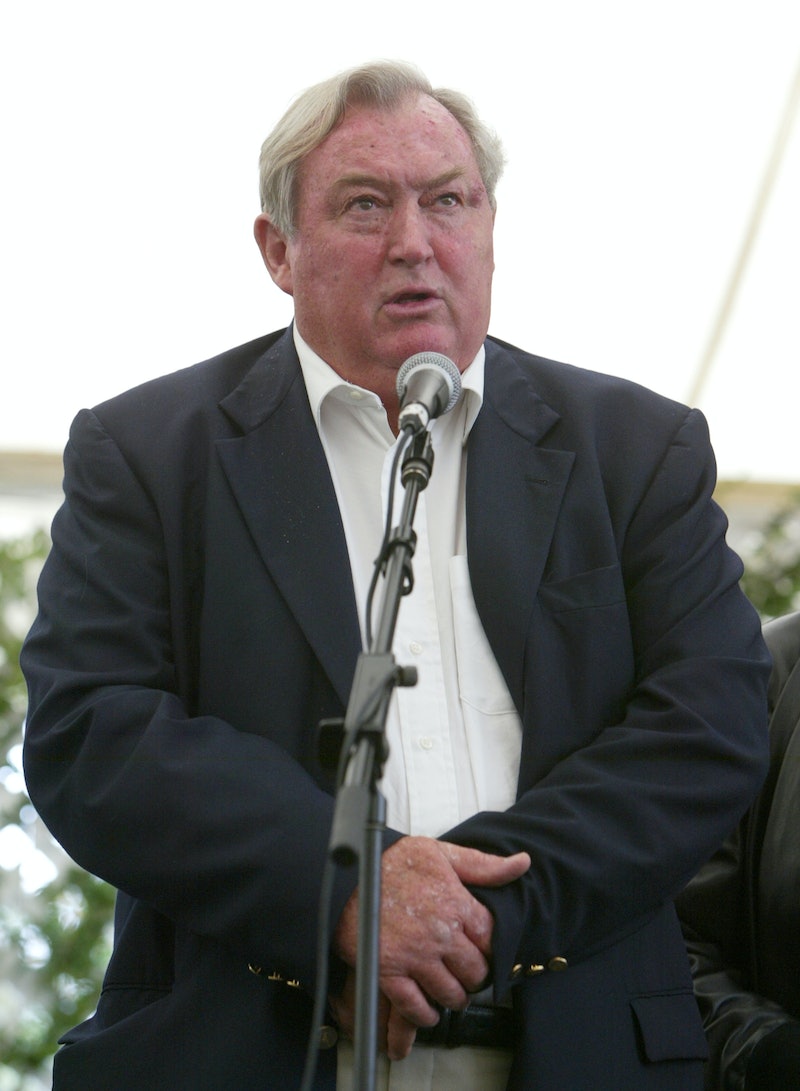 Angelina Jolie is strongly associated with charitable efforts, and increasingly, she is becoming known for her directing. Jolie typically favors real life stories over fiction in her directorial choices, and her most recent project is no different. Angelina Jolie's latest project is entitled Africa, and it tells the story of paleo-archaeologist turned conservationist Richard Leakey. Though, outside of acting, Jolie is best known for her humanitarian work, she has certainly taken on environmental issues before. Cambodia, the birth nation of her son Maddox, made her a citizen in recognition of her conservation work in that country.

Leakey, on the other hand, devoted his life to the major cause of poaching in Africa. Leakey was a archaeologist whose search for fossils brought him to Kenya. Though his team discovered a 1.6 million-year-old skeleton of a boy, his focus became the dwindling elephant and rhino populations of the area. In 1989, Leakey gave up his archaeology career for the position of the head of Kenya Wildlife Services. He worked on the country's national park system among many other projects. His efforts met with much political opposition, but he was eventually elected to Kenyan parliament and continued his political career until his retirement in 2001.

Along the way, Leakey lost both of his legs in an plane crash, which remains unexplained, and has since used artificial limbs. Despite this and other setbacks, Leakey continues to be involved with environmental concerns in Kenya. In many ways, his paleontology and archaeology backgrounds informed his environmentalism. In the book Origins: What New Discoveries Reveal about the Emergence of our Species and its Possible Future, he and co-author Roger Amos Lewin wrote:

For three million years we were hunter-gatherers, and it was through the evolutionary pressures of that way of life that a brain so adaptable and so creative eventually emerged. Today we stand with the brains of hunter-gatherers in our heads, looking out on a modern world made comfortable for some by the fruits of human inventiveness, and made miserable for others by the scandal of deprivation in the midst of plenty.

In a time when conservation efforts have taken a backseat to important political concerns, I think it's significant that Jolie has chosen to tell Leakey's story, which in some ways incorporates both. I love the effect that biopics of inspirational people can have on an audience, and the star power of Angelina Jolie certainly will not hurt.