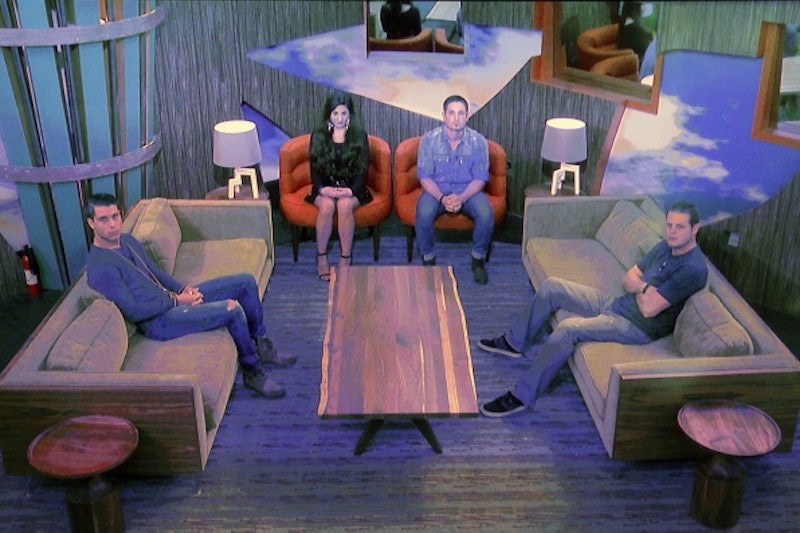 Friday's episode of Big Brother was kind of a snooze. Yes, it was the dreaded clip show, which meant that there was very little new footage and quite a lot of heavy-handed flashbacks that took so long that we didn't even get to see the results of the first competition. Aside from the fact that the clip show neglected to mention Christine at all, it gave us a look back on some of our favorite Big Brother moments and a look back at some new Big Brother moments that viewers who don't watch the live feeds might have missed. However, I'm going to be the person who admits that the clip show was kind of beyond boring. Why? It left a lot of good stuff out.

Listen, the Big Brother experience is enhanced by watching the live feeds. Sure, it spoils the results of the show for you completely, but you get to see casual moments on the feeds that don't necessarily make it onto the broadcast. CBS excluded a lot of these moments from the clip show in favor of looking back on already aired scenes and one or two new ones thrown in there for flavor. I'm not saying I didn't enjoy the clip show. I'm just saying that there were other moments that I would have liked to see included. Whether it was from the broadcasts or from the live feeds, here are seven season 16 moments I wish Big Brother had included.

Listen, Big Brother. Thank you for gracing us with yet another Zankie segment during the clip show on Friday, but Zach and Frankie spent so much time together and had so many more conversations than just the ones that were seen on TV. Did the majority of their clips have to be clips from aired episodes of Big Brother? The season is almost over. Show the good stuff from the live feeds, already!

The CBS airing made no reference to a mysterious photograph Derrick received from production when he won HoH that he immediately gave back to them. To this day, only Derrick and Cody know what was in the photograph. Why can't we know what was in the photograph? Why was that moment not even referenced? What kind of photograph could they possibly have given him to inspire such a reaction? How has this question not been answered yet?

3. Frankie encouraging fans to vote for him

I know CBS had some kind of weird taboo on painting Frankie in the utterly negative light that he's, quite frankly, painted himself in over the latter half of the season, but considering they showed him declaring to Cody, Caleb, and Derrick that he would control how the jury votes then they could have at least had a montage of his less positive moments. Even if the "kill yourself Jocasta" or the Victoria rape joke were too much for TV, what about that time Frankie bribed fans into voting for his Team America mission? That kind of summed up what kind of player Frankie turned into really well.

Considering they flashed back all the way to Devin and Paola, the least they could have done was show the most exciting of all the Joey moments. Is anyone sick of seeing Joey run around the house as Alex and yell at everyone? No? I didn't think so. We haven't seen it since the first week that Joey was there and I would have loved to see it again during the clip show. That, to me, was one of the most memorable moments from the early episodes, even if Joey still ended up going home first.

I know Cody, Derrick, and Victoria didn't have any fond personal stories to share about Jocasta, who mainly came up in reference to what a good guy Donny was, but how could they miss the chance to show Jocasta speaking in tongues on national television again? If I have a hands down favorite Jocasta moment, that would be it.

6. All the times Frankie almost revealed himself

Considering they took the time to flashback to when Frankie revealed to the house guests that he was Ariana Grande's brother, you'd think CBS would have taken the time to show an entire collection of times he almost revealed his secret. It's not like the house guests could see the clips anyway. From the time Victoria grilled him about his family to the time the time he accidentally pronounced his last name the correct way, it's a wonder it took them until he actually confessed to put the pieces together.

We got to see Amber's eviction again, but Victoria as the last girl standing could totally have segued into the number of times the girls tried and failed to organize an all-girls alliance. All right, so it was only two times, but considering Cody and Derrick discussed an all boys' alliance that they told Victoria had existed from the start, you would think that would have been complimented by some flashbacks to the girls being a little less organized. Just to give future Big Brother females something to learn from, you know?