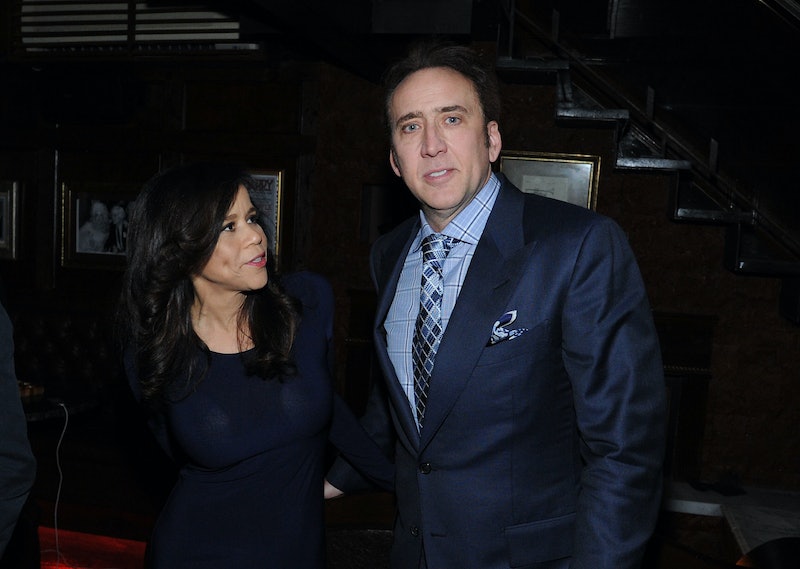 Sometimes I wonder what would happen if Nicolas Cage and Bill Murray filmed a movie together. Who would abscond to where? What strange anecdotes would trail after the production in the decades following? Which cabbies would get to practice their saxophoning, which vampiric rumors would flourish? It's hard to say. All we need to know today is that Idris Elba has borne witness to Cage's particular brand of oddity. The story Elba shared during his Reddit AMA is "....huh" enough to last us until that Cage/Murray production finds its way to popular myth. It's also not gonna do much to assuage those persistent rumors that Cage is an immortal vampiric being.

Bless the PR tool of the Reddit AMA. For real, though. For it has given us this from Elba, in response to the can-of-worms question "Do you have any funny stories from the set of Ghost Rider?". An lo, he does:

Yeah — Nic Cage came back one day on set, and he came down to set and he looked a little bit tired, a little bit - kind of like he'd ben up all night. So I was like "hey Nic man, how you doing man" and he said "i'm alright' and I said "You seem a little spoked out" and he said "Yeah man, I went up to Dracula's castle...the ruins up in the mountains, and I stayed the night" and i said "What?! Why|?" and he said "I just had to channel the energy, and it was pretty spooky up there." We were shooting in Romania, Transylvania, and he just went up there to spend the night, as you do.

And then he walked away.

This of course leads to the immortal question: What the eff, Nic Cage? Who thinks it's a good idea to spend the night in Dracula's castle? Unless you're friends with Dracula, that is.