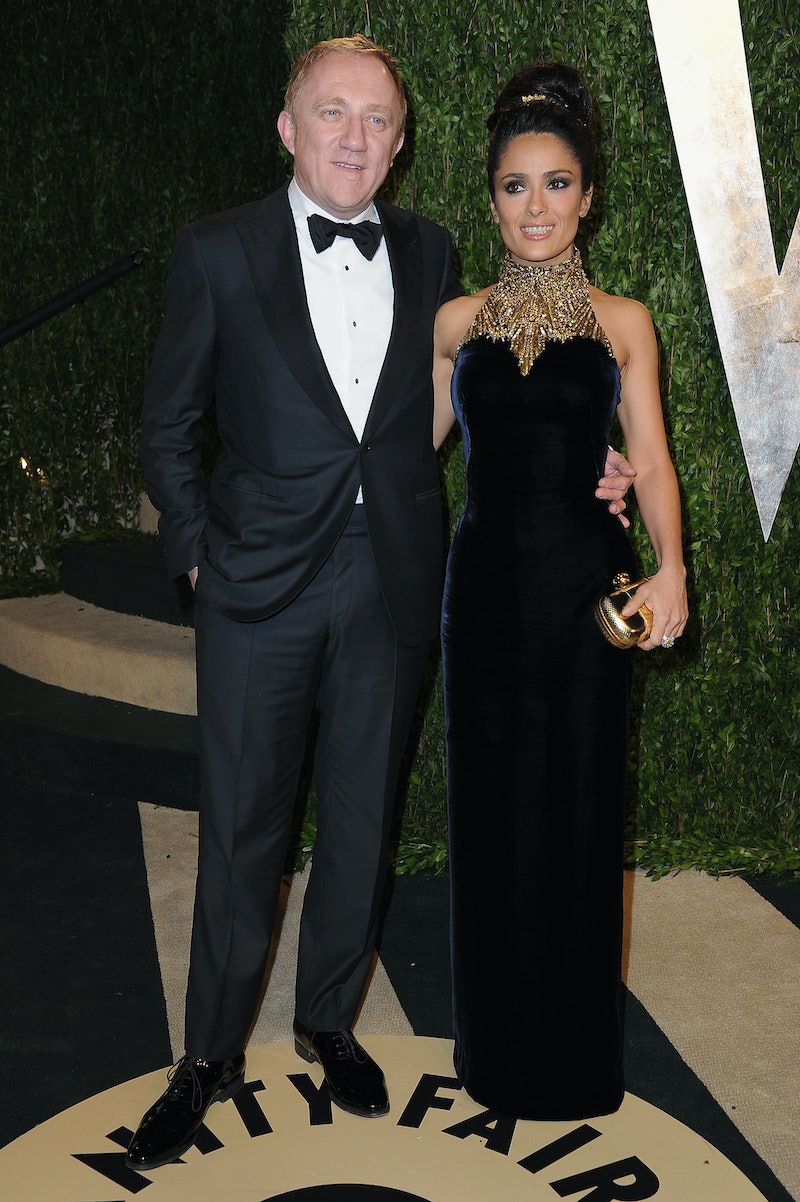 In the July issue of InStyle, Salma Hayek told the magazine, "A lot the effort I make is for my husband because I want him to be attracted to me." It didn't take long for people to question whether this was offensive on Hayek's end. Their argument: Here's a stunning, talented, internationally recognized actress, and she dresses for her husband?

What people seem to be ignoring is that there is a huge difference between wanting to be desired by one person (what Hayek admitted to) and wanting to be desired by all people (the idea of "I dress in a way so that everyone is attracted to me," which only the deluded would admit to). It is offensive for a woman to alter their appearance to achieve a specific effect in the eyes of others if the goal is manipulation. If a woman says, "I'm gong to put on this dress so I don't have to pay for drinks tonight," that's not okay. Or if they say, "I am going to wear this outfit so that everyone looks at me, rather than just the one person I have committed my life to," that is also not okay. It's peacocking, which is fine when targeted at one person (as Hayek is doing with her husband), but becomes indulgent and distasteful as a lifestyle.

It's not wrong that Hayek wants the man she's married to to think she's sexy. That is not against feminism. In the interview, Hayek goes on to state that she doesn't think her "first priority in life has ever been beauty." She says that she knows there are things she could have done in order to be more beautiful, like exercising more, not eating dessert, and not drinking alcohol, but that use was more concerned with the parts of her that you cannot just see in a photograph.