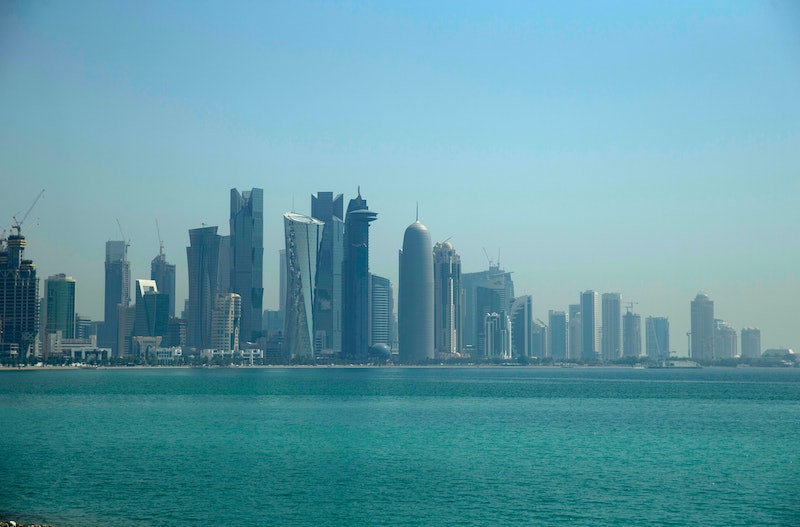 I'm not sure at what point the bigwigs at FIFA looked at each other and thought: "Sure, holding the World Cup in a desert nation's hottest months seems like a totally plausible and not-at-all horrible idea." But at least one of those all-knowing soccer czars is backtracking in a big way. FIFA Executive Committee Member Theo Zwanziger said Monday that he thinks the 2022 World Cup "will not take place in Qatar."

"Personally, I believe that the 2022 World Cup will not take place in Qatar in the end," he told Sport Bild. "The doctors say — and I have demanded to have this registered in the records — that they can't be held responsible for a summer World Cup held in those conditions."

FIFA has been quick to note that Zwanziger was expressing a personal opinion rather than an official determination from the executive committee. Still, amidst all of the talk about moving the World Cup to winter and FIFA President Sepp Blatter calling the Qatar decision a "mistake," you can't help but think Zwanziger isn't the only one thinking the games will be moved.

Qatar has been desperately clinging to its sketchily-earned Word Cup bid, assuring the global soccer community that new cooling technology would keep the stadiums safe for players and spectators. I'm kind of wondering if "cooling technology" is just a fancy word for "air conditioning," which probably won't help much.

Zwanziger rightly noted that even if the stadiums are cool, the festivities surrounding the World Cup aren't limited to a soccer pitch.

They may be able to cool the stadiums but a World Cup does not take place only there. Fans from around the world will be coming and traveling in this heat and the first life-threatening case will trigger an investigation by a state prosecutor. That is not something that Fifa Exco members want to answer for.

In August, a study released by The International Journal of Biometeorology said that the Qatari games would be too hot to even sit and watch. This past July, when most of the World Cup games took place, there was not one day in Qatar that the temperatures didn't hit 100 degrees.

The temperature isn't the only thing heating up speculations on whether the 2022 games should be held in Qatar. FIFA's ethics committee is expected to announce the results of an investigation into the bid in early 2015, which was allegedly brokered to the tune of a $5 million bribe that Qatar flatly denies.

Zwanziger may be the only FIFA talking head willing to come out and say it, but inevitably the games will either need to be moved from summer or pulled out of the Middle Eastern country altogether. The liabilities that come with subjecting fans and players to those conditions would end up being a logistical nightmare for FIFA to navigate.

If FIFA isn't ready to admit its mistake, namely not checking the weather in Doha and realizing that it could be 120 degrees outside, it can at least use the results of the corruption investigation as an easy out. Yes, corruption is bad, and nooo it has nothing to do with the idea that we didn't think through hosting one of the world's biggest sporting events in the middle of a desert.