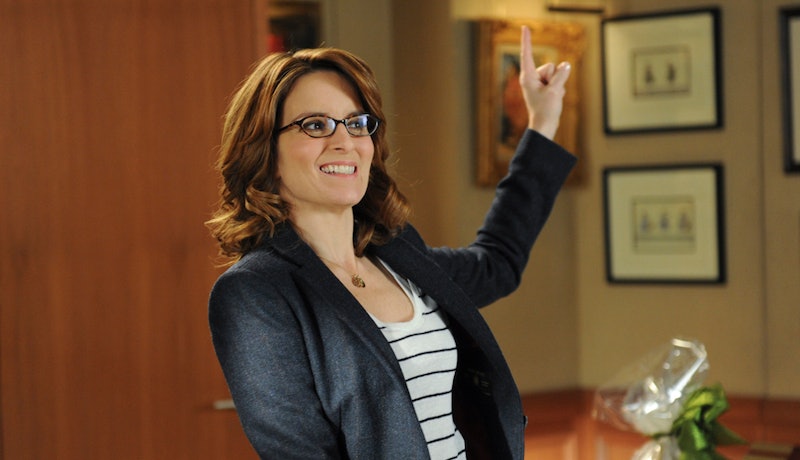 As quoth one Albus Dumbledore, "I shall never truly be gone unless none here are loyal to me." That was said in Harry Potter And The Chamber Of Secrets (the movie version), naturally, but hey, look at that: It also applies to television! Most recently I was reminded of this line when 30 Rock quotes started appearing all over my twitter, riddled with Emojis. The shows we love never truly leave us as long as we remain loyal to them. That's what J.K. Rowling meant by that, right? ...Right? It was meant as a prophecy to apply to Tina Fey and/or twitter?

Regardless of Rowling's initial intentions, #30RockEmojiQuotes spent some quality time infiltrating social media Wednesday, populating my Hump Day* happenings with some good ol' flashbacks to 2008 and the glory days of Fey's beloved NBC sitcom. Is it a particularly deep, permeating twitter trend? No. Are most twitter trends deep or permeating in their 140 characters? No. But they are enjoyable, and emoji-filled, and they remind me of the heyday of Liz Lemon, Jack Donaghey, and their really weird friends and employees. And so we must celebrate this surge of 30 Rock quotes. Here are some of my personal faves from the hashtag. Can you identify all of them?

*I apologize for using the term Hump Day. Yech.