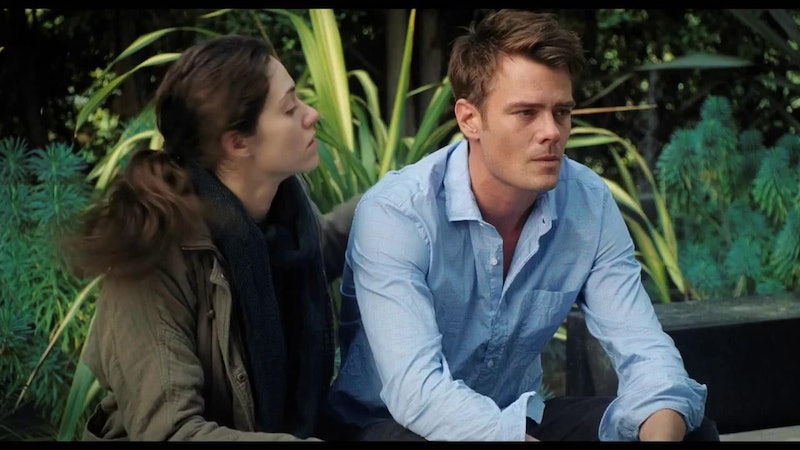 Josh Duhamel is unrecognizable in his latest role — and It's not his straight-laced button-down, his rimless clear glasses or his uptight posture. In You're Not Here , Duhamel tackles an overprotective husband looking out for his ill wife. It's the first time we've seen the actor in such a dramatic role, and from what we've seen so far, it's a convincing departure from the likes of Win a Date With Tad Hamilton and Transformers.

You're Not Here, also starring Oscar-winning Hilary Swank and Emmy Rossum, follows Kate (Swank) a classical pianist with ALS. Her husband Evan hires caretaker Bec to look after his wife, but Bec is a brash would-be rock singer taking college courses as a plan B. As Bec's wild side and Kate's conservative ideals collide, they push one another into new territory. Sounds like an awesome girl power fromance (female bromance? — I just made that up) dramedy.

You're Not You hits theatres and On Demand October 10. Watch an exclusive clip of Bec's first interaction with Kate and Alec, below.