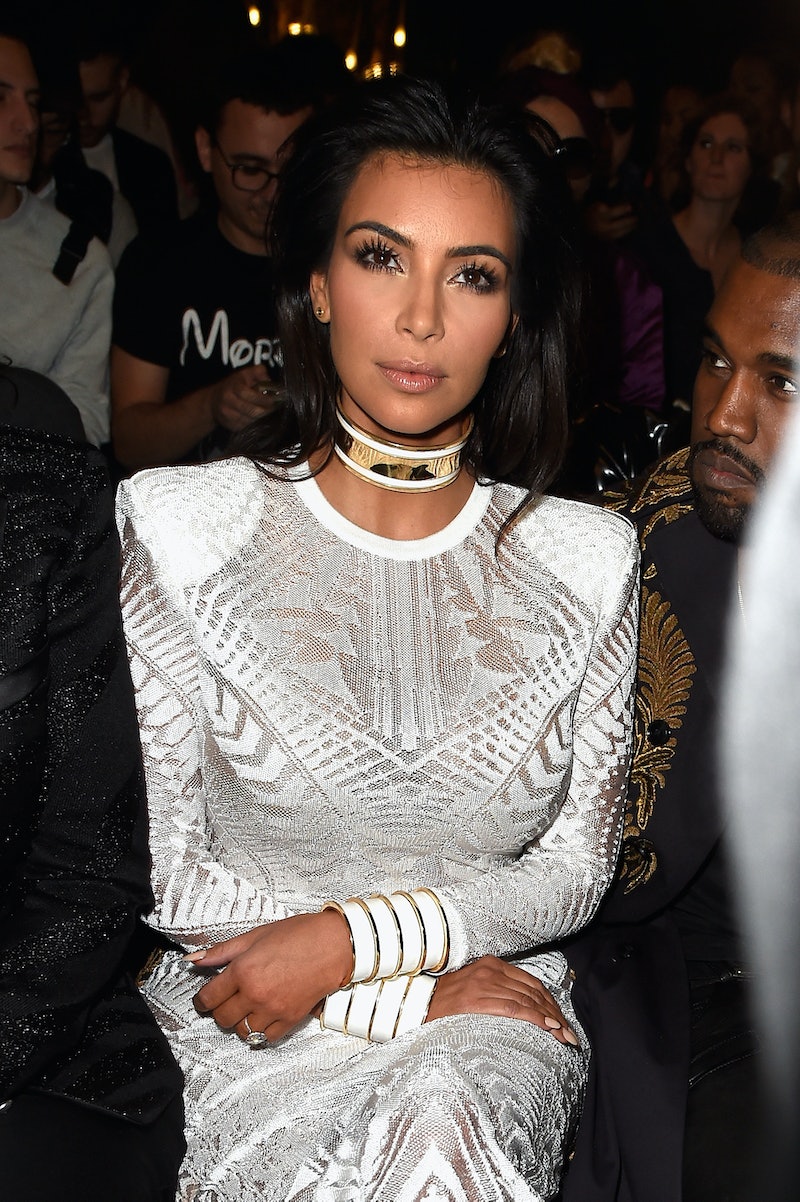 People often accuse the Kardashian family of being fame-hungry, but Vitalii Sediuk seems to be taking the time to prove to the world that there's a difference between the entertaining kind that the Kardashian family specializes in, and the actively ugly kind. The kind that involves, say, attacking strangers on the red carpet. Like what happened yesterday, when Kim Kardashian was basically tackled by Vitalii Sediuk outside of Paris Fashion Week's Balmain show as part of his continuing mission to "prank" Hollywood's biggest celebrities (Brad Pitt, America Ferrerra, and Leonardo DiCaprio are amongst the other celebrities that Sediuk's targeted on the red carpet).

Now, after his latest "prank" on Mrs. West went viral, Sediuk spoke with The Hollywood Reporter about his thought process about the whole thing. And first off, Sediuk would like you to know he thinks he's learned his lession since the Ferrera incident (but he clearly really hasn't, because come on — Kardashian could have gotten seriously hurt):

If it was Kanye West, I would have done it like I did it with Bradley Cooper and Leonardo DiCaprio. But with Kim Kardashian, I was very cautious because I know she is a woman — so I kind of hugged her legs. I already had a bad experience with America Ferrera. It’s different with men.

I'd just go with not attacking people in general, but maybe that's just me. Some other fun facts: This dude's a Ukranian TV reporter, but is apparently now living in Paris and aspiring to be a model.

So why does he do it? As Sediuk himself admits in the interview, "It doesn't bring me anything. It doesn't bring me income." He bragged to THR literally hours before the Balmain fashion show that he somehow resisted attacking/pranking Lady Gaga at the Istanbul airport, though he was tempted to — so what's this dude's deal? What's keeping him throwing himself at celebrities despite the fact that he doesn't seem too pleased to be on the no-fly list?

It's about what you'd expect:

I like attention. I like the show business world. But it's obviously not my intention to offend someone. It looks like I'm a monster, but I'm a normal guy. Well, what I'm doing isn't normal — but I don't have bad intentions.

My advice here would be that if you want someone to think well of your intentions or yourself, maybe don't keep attacking people?