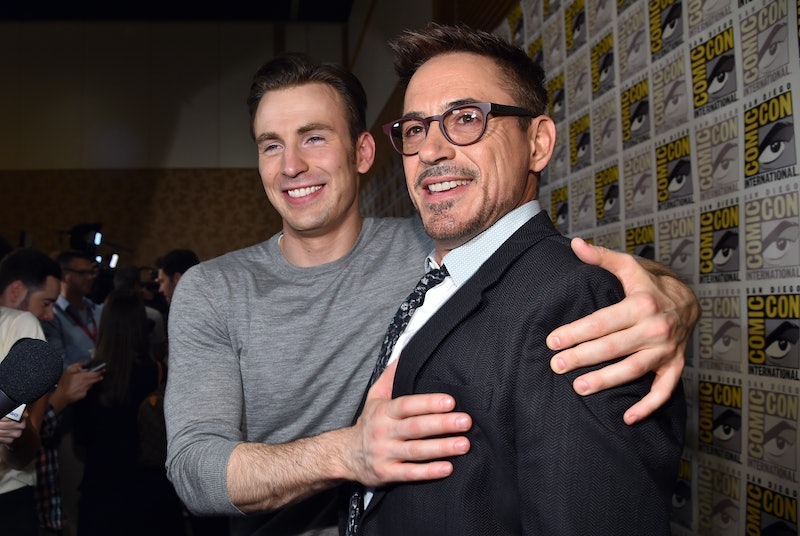 The opening episode of Season 40 of Saturday Night Live highlighted that Marvel can do whatever the hell it wants to these days, but now that begs the question: Will they? And what exactly is it that they want? Because now rumors are circulating that Marvel might split Avengers: Age Of Ultron into two movies. But that begs a few questions.

Let's all keep in mind that these are extremely rumory rumors, so hang tight to your grains of salt as we explore this possibility together. But ComicBook.com caught wind of a little something-something on Daily Marvelite that there might be some split-age — or that it could just be that a big Age Of Ultron story will stretch over multiple other movies:

According to a source closed to Marvel studios, the battle against Thanos will require more than one movie to be given its proper weight. In fact, the massive battle between earth's mightiest heroes and the mad titan is so complicated and big that it will require a two part movie to give it its due.

What our source has not clarified is if Avengers 3 in itself will be a two part movie, or if it is the story that will be split into two, with the first part being Avengers 3 with a conclusion leading to a massive event movie where earth's mightiest heroes will join the guardians of the galaxy to take down Thanos.

The main thing I'm gathering from this is that no one has any idea what Marvel's planning anymore. ComicBook.com also brings up the potential headaches any stretching might cause considering that Chris Evans is set to jump ship after Captain America 3 and Robert Downey Jr.'s contract's also set to expire after another movie. So like I said, keep that grain of salt close and comfortable. This isn't the same as a Mockingjay/Twilight/Harry Potter situation, after all.