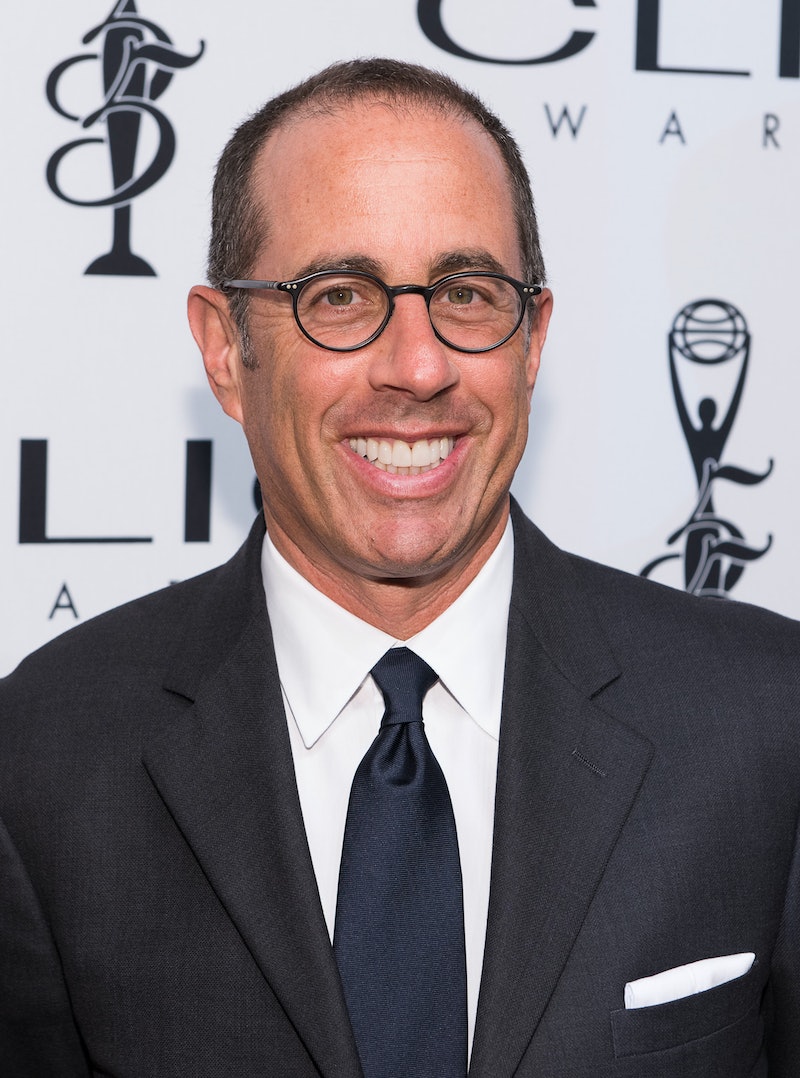 Jerry Seinfeld is fanboying all over Portlandia. On Wednesday night at the Clio Awards, Seinfeld spoke with Vulture and revealed that Portlandia is one of his favorite shows. “I’m kind of obsessed with Portlandia right now,” Seinfeld said. “I mean, wow, it’s just too beyond brilliant. I was just in Portland, and everywhere you go, it’s like, is this a sketch, or is this the real show?”

It's official: Portlandia now bears the Seinfeld seal of approval. According to Vulture, Seinfeld also mentioned that his favorite characters from the show are Toni and Candace, the lesbian bookstore owners played by Fred Armisen and Carrie Brownstein. “You know what they’re really good at? We kind of did this on my show: They’ve got extremely mean waiters, and random people who are really mean for no reason. I love it when people are difficult and hostile for absolutely no reason. I don’t know why, but that’s really funny.”

Seinfeld proved his status as a die-hard Portlandia, and took things a step further, saying, “I think that’s the best comedy on TV right now, and it’s easily one of the best comedies of all time.” With Seinfeld's high praise coming Portlandia's, is it possible he'll ever make a cameo on the show? It would probably make his — and our — day.