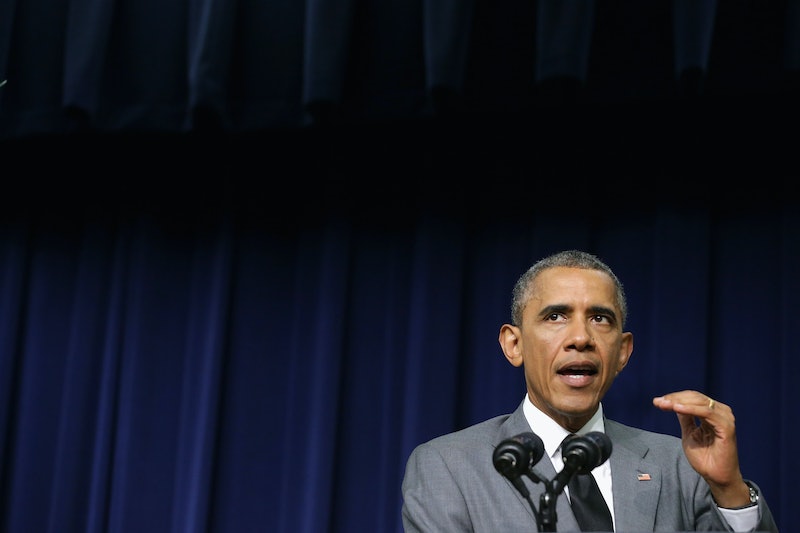 The Secret Service has been off its game this past month. Between allowing Obama to ride in an elevator with an armed security contractor, failing to stop a White House intruder before he got all the way to the East Room, and losing the agency's director, the last thing the Secret Service needed was another slip up to tarnish its already faltering reputation. That’s why the news that a Congress-imposter was able to enter a secure backstage area at the Congressional Black Caucus Foundation Awards last week hits especially hard.

According to Bloomsberg, the unidentified man posed as Representative Donald Payne Jr. (D-NJ) and passed a security screening with the Secret Service before entering the event. A spokesperson for the Secret Service, Brian Leary, said of the incident, “This guy went through security, fully screened.” I guess that’s supposed to make us feel better that the guy wasn’t a security threat, but it does raise some questions about what kind of screening the agency is doing if they can’t even detect a fake ID — if they even asked for his ID in the first place.

After successfully making it through security with his fake identity, the faux-Congressmen then walked into the backstage area at some point during Obama’s speech to join the real members of Congress who were waiting around for a photo-op with the president. If it wasn’t for a trusty member of the White House staff who quickly identified the intruder in the crowd and had him removed, the political party crasher might have been sipping champagne and taking photos with formidable members of the government all night.

As of now, no one will admit how close this latest intruder got to the president, but the good news is that he was removed without incident, and the award ceremony went on, otherwise, without a hitch.

So what gives, Secret Service? What’s with all the lax security at a time when our president arguably needs the most support and security possible, what with the U.S.’s involvement dealing with ISIS and the ever-spreading Ebola crisis, to name the most obvious?

You might have heard about the possible racial angle to the security mess-ups, especially since The New York Times recently gave a front-page voice to the widespread fears in the black community that the Secret Service’s less-than-stellar protection of President Obama is a result of his race. While the Secret Service has consistently denied the racial implications of the security breaches, insisting that its agents “recognize that protecting the president is a sacred trust we have with the American public," might not be enough. The prestigious federal agency might need to step up their efforts if they want people to believe that they're still well-suited to the task of protecting our nation’s leaders.