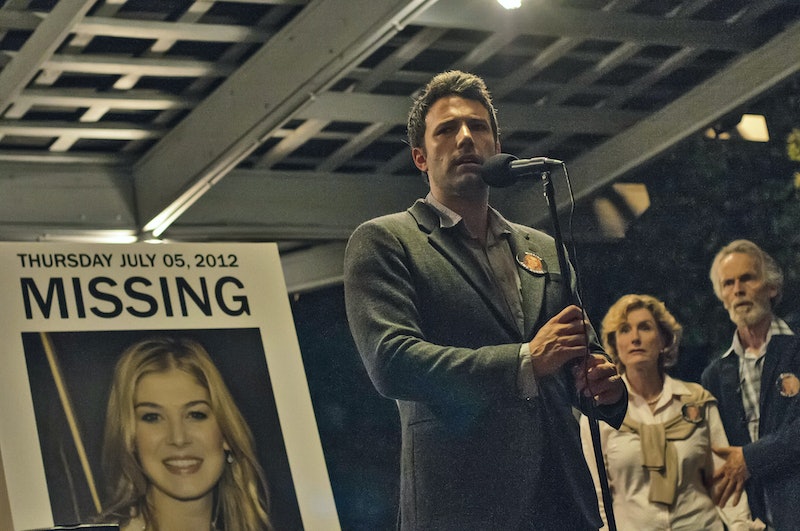 The big surprise of the weekend is that Gone Girl was not the Friday box office's biggest hit; instead horror flick Annabelle was. But what was it that allowed Annabelle to run away with Friday's profits, when the hyped Gillian Flynn novel left much to be desired in ticket sales? The Onion speculates that it has to do with the complicated plot.

In their satirical film review, critic Peter K. Rosenthal (played by actor Ron E. Rains), laments how stressful it is to keep track of the storyline, and therefore how stressful it is to see the movie. "So on top of everything else in my life I guess I'm supposed to worry abut this couple now," he starts out his review.

In his deadpan delivery, Rosenthal complains that his own life is stressful enough, considering he just invested in a bad business. "Look, when I walk into a movie theater, I'm not interested in a laundry list of sh*t to worry about," Rosenthal says. "I have a lot of balls in the air as it is. I can't keep track of all of this!"

Although the review is clearly meant to be a joke, it's also pretty accurate. Remember how reading the thriller was pretty demanding as you tried to untangle the plot twists? That's one thing Rosenthal says he doesn't have the mental energy for. He calls out the author saying, "All screenwriter Gillian Flynn has to do is answer a single question right up top: did Nick kill his wife or not?"