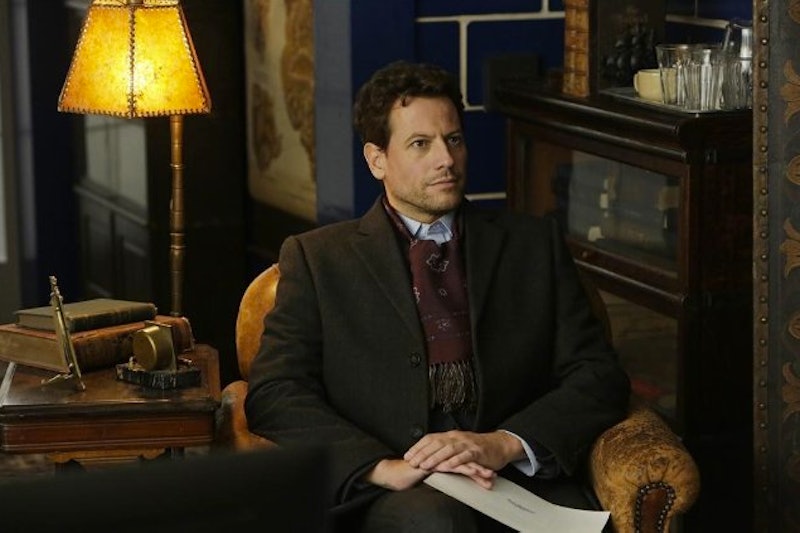 Now that we’ve had a few weeks of fall TV under our belts, it’s time to take a step back and ponder which series will be the first to face the cancellation chopping block. New shows, in particular, find themselves under a great deal of pressure, knowing that if they don’t hold up in the ratings department, the network will more than likely show them the door. So the one big question on everybody’s mind is: Which one will be the first to go? ABC’s Forever , which stars Ioan Gruffudd as the eternally charming medical examiner Dr. Henry Morgan, could be an obvious pick for some — especially since Lucky 7 shared that very same Tuesday night time slot last year and was the first fall show to be given the axe. But I wouldn’t call a time of death on this series just yet: Forever may be not be canceled after all.

This is, after all, a story centered around the idea of everlasting life. And given that it’s already surpassed its predecessor in the episode department (Lucky 7 was canceled after only two episodes, while Forever is about to debut its fourth), I’d say this series still has a relatively stable pulse. (Thanks to 10 seasons of Grey’s Anatomy, I now have a Ph.D. in medical puns. Feel free to be impressed.)

Speaking as someone who’s found herself intrigued by Forever's unique storyline, I’d be sad to see it leave the small screen too soon. I mean, a hot guy who dies and repeatedly returns in water completely naked? Umm, yes please! Seriously though, it’s an interesting concept with a lot of potential, especially since we have no idea what made him this way. Will that be enough for a renewal? It’s hard to say, but it definitely should give it a bit of edge over some of its other competitors. For example, Fox’s Uptopia has already been bumped from its Tuesday night post, leaving it solely in the hands of the Friday night death slot (which is just as bad as it sounds).

Granted, Forever’s ratings aren’t terrific. Far from it, actually. But they also aren’t terrible either, which keeps the show in that cautious bubble area where it could go either way. If I had to venture a guess, though, I’d say the show (and Henry) will and should live to see another day — or many, many days where Henry is concerned. I’m not necessarily saying that Forever will live, well, forever, but it should at the very least breathe life into another season. And here’s why…

Henry Is Just as Likable As He Is Handsome

Sure, he's a little overly-obsessed with his work and prefers not to get too attached to people, but wouldn't you be too if you knew you'd have to see them all die eventually, while you were forced to keep on living? That'd be enough to turn almost anyone into a recluse. Yet, thanks to Gruffudd's charming portrayal, his character never comes across as being a jerk. Plus, the British accent doesn't hurt either.

The Plot is Unique

He's not supernatural. He doesn't have powers, nor can he fly. He doesn't have fangs or turn into a fury creature every full moon. Basically, he's a typical human being… who just so happens to be incapable of staying dead for very long. Like I said before, he always returns in water. He always returns butt naked. So really, it's a treat for both the mind and the eyes. Either way, you have my undivided attention.

The Father-Son Dynamic Is Unlike Anything You've Ever Seen

See that older gentleman right there? That's Henry's adopted son, Abraham. Pretty crazy, right? But again, that's what happens when you have the ability to live forever. Everyone else around you grows older — even those you used to rock to sleep at night. The reverse age difference makes for an interesting relationship, and one I'd love to see further explored in future episodes.

Aside from his own medical mystery, Henry helps Detective Jo Martinez solve a variety of police cases using his very Sherlock-like deductive skills. And before you starting relating it to just another CSI type of show, just remember that he also has the added pressure of having to hide the fact that he can't die. (Police work isn't exactly what you'd call "safe.") Let's hope no one accidentally shoots him while working a case.

He may only be in a few scenes per episode, but it's well worth the wait. Luke is pretty much the comical yang to Henry's serious and academic yin, which makes for some pretty amusing scenes. I already want this guy to have his own spin-off.

So come on, ABC — give Forever a little more time to find its footing and I guarantee this show will have a nice, long lifeline.