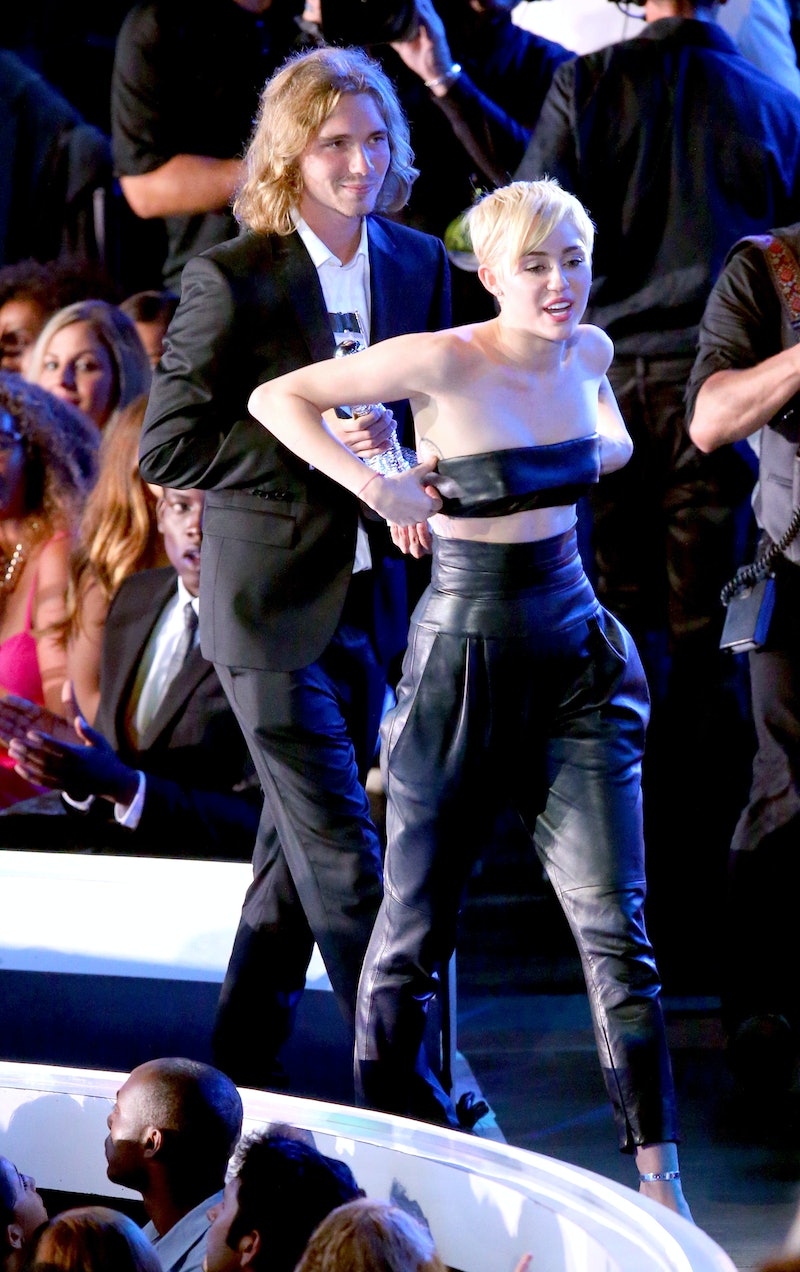 For some non-celebrities who find themselves suddenly thrust into the public eye, the spotlight can burn a little too brightly, searing holes into any sense of normalcy they had prior to the fame. Unfortunately for Miley Cyrus' VMAs date Jesse Helt, accompanying the pop star to the awards show to accept her Moonman for Best Video of the Year in August brought criminal charges from his past to the forefront. Billboard reports on Tuesday, Helt received a six months in jail for violating the terms of his probation related to a 2010 misdemeanor charge in Oregon.

So far the "Bangerz" singer has yet to comment on Helt's sentence, but hopefully this won't deter her from any future plans of continuing to collaborate with My Friend's Place, an organization that aims to help the homeless by giving them food and shelter. Cyrus caught an unbelievable amount of flak for her decision to bring Helt as her date, and when Helt's mother called his homeless status into question, the media frenzy began, proving that no good deed goes unpunished.

Fortunately though, the publicity more than served its purpose as it only took less than a day for Cyrus' VMAs appearance to pull in $200,000 worth of donations for the organization. The 21-year-old singer was grateful for the positive impact but also tweeted her disappointment in the media for shifting the focus from efforts to end homelessness to digging up info on Helt's past.

Spending time in jail probably wasn't the ideal outcome for Helt, but hopefully he views his appearance with Cyrus as a major contribution to a bigger cause that will help to lessen any pangs of regret. As for Cyrus, clearly she's not responsible for what happened in Helt's past, but I'm sure she does feel some compassion for Helt's current situation. Even if she doesn't address it publicly, she should definitely continue using her celebrity for causes that are near and dear to her heart.