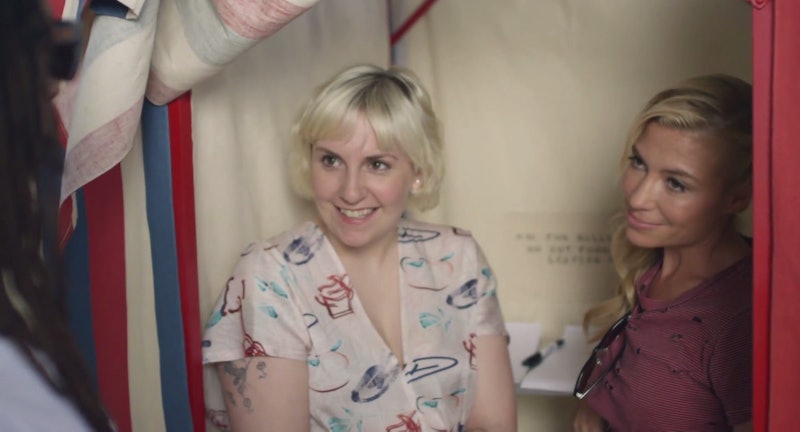 It's always great to see celebrities supporting important calls to action and encouraging their younger fans to make a difference in the world. Even if the call to action isn't flashy and funny, as long as there's a good message, it's important to pay attention to! That said, though — I gotta admit, the fact that Lil' Jon remixed "Turn Down For What" as a call to get people to vote is probably one of the best methods for a PSA I've ever seen. And, the fact that celebs like Lena Dunham, Ireland Baldwin, Sophia Bush, Darren Criss, and Natasha Lyonne are involved? EVEN BETTER.

The video was produced by Rock the Vote, which has done a great job of inspiring millions of young Americans to head to the polls during election season. Not only does it feature "Turn Down For What" remixed to "Turn Out For What" — like, turn out for voting! — but it also includes featured celebrities like Dunham dancing awesomely and stating, in a sentence, what issue most compels them to vote (Fred Armisen gives a very honest answer!)

Check the video out below. And, of course, remember: the Midterm elections take place on Nov. 4, so make sure you're signed up to vote and turn out (for what!) to the polls.